We do not generally include developments as far afield as Australia, but the 2nd July decision of the General Synod of the Anglican Church of Australia to amend the Church’s 1989 canon on confession is particularly pertinent in view of the recent announcement by the Home Secretary [Hansard HC 7 July 2014 Vol  584 Cols 23 to 26] that, as part of the Government’s response to concerns regarding child abuse, it intends to establish an independent inquiry panel of experts in law and child protection to consider whether public bodies and other non-state institutions have taken seriously their duty of care to protect children from sexual abuse. Lady Butler-Sloss, former President of the Family Division of the High Court, has been named as the chair of this new inquiry. 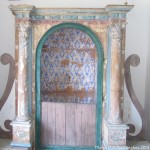 The two Bills received the backing of the full Synod; but the legislation only becomes active in an individual diocese once it adopts it, although most of the Church’s 23 dioceses are expected to vote in favour of the decision by the end of the year.

The significance of the Australian Church’s decision goes beyond the Church itself and needs to be viewed through the lens of the conflicting priorities of politicians addressing the broader questions of safeguarding and those of the leaders of religious groups whose traditions place particular significance on the seal of the confessional.

Since the 1986 Census, the Anglican Church is Australia has been the second largest after the Roman Catholic Church which, with the pivotal importance it places on confession, has borne the brunt of criticism in this area. In November 2012 Catholic World News led with the story Australia: a campaign to break the confessional in which it reported that “politicians, pundits, and even a few dissenting Catholic clerics are calling upon Catholic priests to break the confessional seal in sex-abuse cases”. The issues of canon law that this raises were addressed in Ed Peters’ post Some points regarding the debate over the seal of confession in Australia and, more recently, by Cathy Caridi in Will Australian Priests Be Forced to Violate the Seal of Confession? The potential knock-on effects of the Anglican Church of Australia’s decision on the Roman Catholic Church were highlighted in Fr Z’s blog which subsequently reported Seal of Confession under attack by Louisiana Supreme Court.

In July last year we reviewed the issues for the law in England and Wales in Articles 8 & 9 and the “seal of the confessional”: are communications between clergy and penitents privileged?, in relation to an unreported case, R v Leighton [2013] EW Misc (CrownC), about an argument over non-disclosure in relation to a Jehovah’s Witness “ministerial servant” convicted at Newcastle Crown Court of indecency with a child and indecent assault. We also looked at Ireland’s Criminal Justice (Withholding of Information on Offences Against Children and Vulnerable Persons) Act 2012 and a number of other sources – which led us to the conclusion that the short, but unhelpful, answer to the question is “maybe ‘yes’ but probably ‘no’…”.

Following yesterday’s Home Office announcement, the Home Secretary is reported to have said that Baroness Butler-Sloss’s review will examine the case for mandatory reporting, a view shared by NSPCC chief Peter Wanless, who is heading the review looking at concerns that the Home Office failed to act on allegations of child sex abuse made in the in the 1980s.  It seems likely, therefore, that the seal of the confessional will come under further scrutiny in the UK.

Coincidentally, the issue has just surfaced in the US: see Neil Addison’s latest post: I Confess! – Seal of the Confessional in Louisiana