The first post on Law & Religion UK  addressed the successful challenge of the National Secular Society, (NSS), and Mr Clive Bone, a former Bideford town councillor, to the inclusion of ‘Prayers’ as the first substantive item of business at full meetings of the Council, National Secular Society & Anor, R (on the application of) v Bideford Town Council [2012] EWHC 175 (Admin) (10 February 2012). 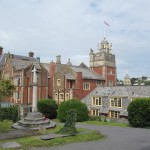 Although Bideford Council was granted leave to appeal, this was overtaken by events as the Secretary of State for Communities and Local Government, Eric Pickles fast-tracked section 1 of the Localism Act 2011 to give local (and parish councils from April 2012) ‘power to do anything that individuals generally may do’, in an attempt to restore their ability to hold ‘Council Prayers’ following the High Court ruling.  However, in view of the doubts of some lawyers as to the effectiveness of this measure, a number of councils have taken a precautionary approach and decided to remove prayers from their formal agendas.

In April, a Sunday Telegraph survey found that 40 councils had recently decided to drop, or ‘water down’ the practice of saying prayers, and more were considering doing so.  By contrast, just 21 authorities said they planned to continue their arrangement of’ ‘formal’ prayers without any changes. Other councils not making changes already hold ‘informal’ prayers before meetings have officially started.  Similarly in Wales, of the 12 of its 22 councils that had included prayers as part of their formal business, all have now removed them from their agendas.

In a new move against ‘civic religion’, the Inverness Courier reports that the National Secular Society has demanded in that the town’s historic Kirking of the Council ceremony should be scrapped, on the grounds that the Kirking is ‘an unacceptable intrusion of organized religion into the civic space’ and claims that ‘intellectually vulnerable primary school children were additionally herded into taking part.’

In some Scottish towns, there is an annual church service to mark the start of the Council’s year – referred to as the ‘Kirking the Council’, (‘to kirk’ meaning ‘to present in church’) – and since the establishment of the Scottish Parliament in 1999, each of its sessions has commenced with ‘the Kirking of the Parliament’.  ‘Kirking the Council’ has been an aspect of Scottish life for many hundreds of years and with its associated pageantry is viewed as a part of a national tradition as well as being a religious ceremony.

The NSS action is not the first attempt to restrict the ceremony in Inverness.  In 2007 the Provost is reported to have decided unilaterally to suspend the ceremony for the remainder of the current council’s tenure of office, (i.e. until May 2011) following the 2007 ceremony during which delivered a message on the need for ‘inclusivity’ in place of the scripture reading chosen by the interim moderator.

Whilst subsequently claiming that the Provost’s intentions were to encourage debate in order to breathe new life into a tired event, the kirking was re-instated when the control of the SNP-led Highland Council changed to the independents in June 2008

An important feature of ‘Kirking the Council’ is that the councillors are invited to attend the service, unlike in the past when attendance was an obligation.  Furthermore, the reaction to the letter from the NSS to the local newspaper suggests that local support for the event remains strong, perhaps encouraged by the events of 2007.

Perhaps the last word should go to some of the ‘intellectually vulnerable primary school children were additionally herded into taking part’, who attended the Kirking of the Council ‘for the first time in over 400 years’ – i.e. the pupils in Primary 7 of one of the schools present, who reported in their blog [link withheld, emphasis added],

‘On Sunday morning three P7 pupils [A, B and C] went to the Kirking of the Council. Lots of schools were there and each had a couple of pupils to represent them. Everyone walked to the Old High Church and was there for a religious ceremony and we saw Mrs.Mackay!!! Then we went to the town house and had a snack. It was very exiting!!!’

2 thoughts on “Beyond Bideford – Developments in ‘Civic Religion’”