In view of the many issues that have arisen in September we are posting one of our occasional news round-ups highlighting some of the landmark events and other issues of more general interest.

The most important non-event of the month was the announcement by the Crown Nominations Commission (CNC) that it had been unable to agree on two names to submit to the Prime Minister for the 105th Archbishop of Canterbury, who is due to take over from Rowan Williams when he steps down in December. This was followed by widespread media comment on how this early indecisive result might be interpreted. This blog tends not to engage in speculation, but readers may find the following two items of interest: The Guardian’s interactive guide ‘Pick your own Archbishop’, which provides the questions that might be asked of a candidate in flowchart form, and Andrew Goddard’s ‘On (not) choosing a new Archbishop’ on Fulcrum’s website, which suggests how the mathematics associated with the CNC’s voting process are weighted against an early decision. However, the final word goes to the CNC’s terse statement: “The work of the Commission continues”.

Some might view the second Consultation on the prospect of a “UK Bill of Rights” as another non-event, since such an instrument is either unnecessary within the present legal framework or would be used as means to undermine the effectiveness of the present measures. However, as Frank Cranmer reminded readers, here, unless you tell it your views, the Commission will never know what you think about the proposal. That said, the consultation closed on 30 September – so it is now too late to respond.

A final non-event, marked by the closure of the Paralympic Games on 9 September, was the return to normal Sunday trading hours under the ‘sunset clause’ within the Sunday Trading (London Olympic Games and Paralympic Games) Act 2012. However, this also marked the start of speculation as to whether such a change in shopping hours should be introduced as a permanent measure, and the reality of the promises made by government during the passage of the Act, here.

An issue of importance to the Church in Wales was the meeting of its Governing Body and its unanimous support for the Church in Wales Review Report which recommended radical changes to its organization. The initial reactions of dioceses and parishes are to be sent to the Standing Committee by 9 November 2012.  The Standing Committee will co-ordinate consideration of the Report and action on its recommendations, and report on progress to each meeting of the Governing Body.

However, there was less good news for elderly members of the CiW, with the defeat of a Private Member’s Bill, (39 for; 57 against; 23 abstentions) to remove the 75 year old age restriction on the membership of a number of bodies and committees in the Church. The restriction was introduced in 1964 and applies to churchwardens and sub-wardens, lay members of the GB, RB and various other committees.

Irrespective of the decisions of the European Court of Human Rights on the cases of Nadia Eweida, Shirley Chaplin, Lillian Ladele and Gary McFarlane which were heard on Tuesday 4 September 2012 and have been discussed here, here, and here, the outcome will have significant impacts on how domestic and European human rights regarding the manifestation of religion, and the Christian faith in particular, are interpreted in the UK.  The Church of England has a particular interest in the issue following the vote at General Synod, here, that ‘request the Archbishops’ Council to introduce draft legislation to embody this conviction in the Canons of the Church of England’.  The ECHR note that the judgment and/or decision will be delivered ‘at a later date’.

Finally, four items of business that are a must for the next agenda of every Parochial Church Council: 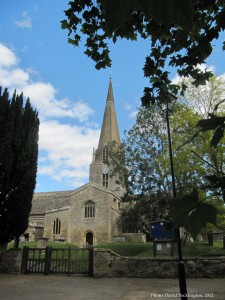 Now into its third series, the millions of avid viewers of Downton Abbey will have watched the wedding ceremonies of both Lady Mary and Lady Edith.  Organists up and down the country will now be practising Purcell’s “Trumpet Tune”, their joint choice of wedding march, [unaware that during the 15 or so takes, the more traditional Wagner’s Wedding March was played] and lawyers will be looking the Australian case Quick v Quick [1953] VLR 224 on the validity of a marriage when one of the parties changes their mind at the altar.

There was apparently a change of incumbent between the two marriages, the latter relying on local boy choristers rather than bringing professional singers for the ceremony conducted by the Archbishop of York.  Absent from Lady Edith’s wedding, perhaps he had by then been translated to Canterbury, as was the real Archbishop, Cosmo Gordon Lang, (ABY, 1909-1928; ABC, 1928-1942)?

3 thoughts on “Religion and Law roundup: September’s events and non-events”