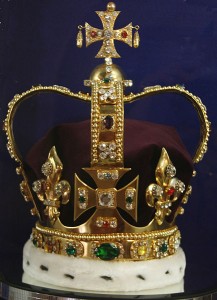 The Succession to the Crown Bill has completed its passage through the Commons. Much of the debate has been about technical matters relating to subsidiary Styles and Titles such as the Lordship of the Isles and the Duchy of Cornwall. However, some of the debate related very much to issues of law and religion.

During the first day in Committee of the whole House Chloe Smith reiterated that the changes proposed in the Bill were limited to removing the bar on marriage to a Roman Catholic. The Bill did not allow a Roman Catholic to accede to the Throne, nor did it touch the basis of the established Church. Because she understood that the Church of Scotland does not define itself as an “established Church” she went no further into Scottish matters – but she assured the House that the Church of Scotland had been consulted.

During the second day, Jacob Rees-Mogg (North East Somerset) (Con) moved a New Clause to remove the bar on the Sovereign “succeeding to the Crown or … possessing it as a result of that person not joining in communion with the Church of England as by law established”. In essence, what Rees-Mogg proposed was splitting the position of Sovereign and the position of Supreme Governor, so that if the Monarch were a Roman Catholic the next Anglican in line of succession would be Supreme Governor. In addition, the House debated (but did not vote on) his amendments to remove the statement in the Act of Settlement 1700/01 that a child brought up as a Roman Catholic would be deemed “for ever incapable of succeeding to the Crown”.

“If there were to be no change in our plans for the succession, I would not be the one charging the barricades and saying that we ought to be changing them, but the Government have proposed this change, which they wish to limit to a very narrow sphere. They wish to limit it to making primogeniture equal among males and females, and to allowing marriage to Catholics, without considering the grating unfairness that currently exists in our laws of succession in an age of much greater toleration, and in an age in which so many of the areas in which the Queen is sovereign do not have an established Church”.

Though himself a Roman Catholic, he supported an established Church as “good for the body politic” but an established Church obviously could not have as its head somebody who belonged to another Church because that would be both logically inconsistent and unfair on the Church of England. His proposal was designed to maintain establishment while removing the inherent unfairness in the present situation.

In reply, Chloe Smith said that the Government agreed with Rees-Mogg’s understanding of the Act of Settlement as meaning that a Roman Catholic may not convert to the Protestant faith and then succeed to the Throne – though that had never been tested. The bar appeared to be on anyone who has ever “professed” the Roman Catholic faith, or held communion with the Roman Catholic Church. Once disqualified, the exclusion from succeeding to the Throne was permanent.

The Bill had never been intended to address the religion of the Monarch or of those in the line of succession; moreover, changing the law in this area would require consultation and the agreement of the Commonwealth realms. Secondly, the amendments would add greater uncertainty to the line of succession.

The New Clause would split the role of Supreme Governor of the Church of England from the role of Sovereign, in a method akin to a regency. Such a split would represent a fundamental change to the role of the Monarch in English society in relation to the established Church, and could not be considered without extensive consultation. The Government had no intention of going further than the limited scope of the Bill as presented. The amendments and the New Clause would introduce unwelcome instability and uncertainty.

The New Clause was negatived on division by 371 to 38. The Bill was read the third time and passed. The Bill as amended in Committee is available here.

2 thoughts on “Succession to the Crown Bill: the Commons committee proceedings”