The ABC visited the Pope, “Christians in Parliament” published a report on faith groups and local authorities – and people realised that the Church in Wales is not quite as disestablished as they thought it was

We noted the report produced by Christians in Parliament and the Evangelical Alliance, Faith in the Community, on relations between faith groups and local authorities in Great Britain. The report is a fairly heavyweight document – albeit produced from a particular religious perspective – and points up the sense of isolation that some faith communities seem to experience. Whether that sense is real or imagined is not for us to say; but in any discussion of relations between local authorities and faith groups it should not be forgotten that, apart from local and central government, the the largest single provider of social services is the Salvation Army. Good relations and mutual understanding would appear to be in the interests of both sides.

We reported on the publication by the NAW Constitutional and Legislative Affairs Committee of its Report on the Inquiry into Law-making and the Church in Wales in which the Committee advocated the full, final disestablishment of the C in W by removing its remaining common law obligations in relation to marriage and burial. The fact that there are such obligations clearly came as a surprise to some – not least to the Chair of the Committee.

After our original post (to which we added an update) the Church in Wales issued a press release in which it stated that it had not considered the issue of whether or not it should seek to change its status in relation to marriage law – but would welcome any assistance the Welsh Government could give to ease the burden of maintaining its burial grounds and in relation to disused burial grounds which, unlike in England, cannot be handed over to local authorities.

The Archbishop visits the Pope

Slightly (though not entirely) marginal to law and religion but of considerable wider interest,  on Friday the Archbishop of Canterbury had his first meeting with the Pope. Reading the press release and the accompanying material, one might perhaps be forgiven for thinking that the new Pope is rather better-disposed to Anglicans that his predecessor was. The Vatican reported [1]

“At 11 o’clock this morning, the Holy Father Francis receives in audience the Archbishop of Canterbury and Primate of the Anglican Communion, Archbishop Justin Welby, with his wife and an entourage.

The official meeting begins with a private audience at the library, and then, in the presence of the delegation accompanying His Grace Justin Welby, the official speeches and the exchange of gifts. Finally, it carries a moment of prayer in the Redemptoris Mater Chapel.”

Thinking Anglicans and Vatican Insider provide further details, and the official speeches are to be found here and here. The private meeting lasted half an hour, and an official visit has been scheduled for December this year.

The Digital Nun notes that “… from both left and right of the religious spectrum have come little grunts of disapproval [that the meeting was held]”, and should they so wish, readers will have no difficulty in sourcing these comments from the “usual suspects”. However, one upbeat comment within the Catholic Herald is from Fr Alexander Lucie-Smith, here, who suggests

“Cheerful news for a Friday: Catholic-Anglican relations are actually in good shape.  ARCIC may have failed, but on the great moral issues of the day Catholics and Anglicans are on the same side”

– which is just as well, given the world’s 1.2 billion Roman Catholics and 77 million members of the Anglican Communion.

The Catholic Herald reports that “Pope Francis ‘appoints management consultant’ to advise on reform of Roman Curia”. The consultant, Dr von Mitschke-Collande, is a former manager of the Munich branch of McKinsey & Company, who last year published Schafft sich die katholische Kirche ab?, which the CH suggests might be translated as “Does the Catholic Church want to destroy itself?” or “Is the Catholic Church going out of business?” 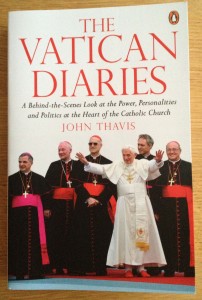 “A culture of miscommunication and miscues, of good intentions and flawed execution, of conflicting agendas and shifting alliances. It is a culture in which clerical careerism often overshadows quiet dedication in the work of the church. It is a culture founded on hierarchical order, but swamped by organizational confusion. It is a culture in which the pope is considered immune from criticism, yet is often kept uniformed about the details of important decisions.  It is, in theory, a culture of confidentiality – yet it leaks like a two-thousand-year-old boat”.

Added to this are Pope Francis’s alleged remarks on a “gay lobby” and corruption in the Vatican made to Latin American Conference of Religious (CLAR) in a private audience on 6 June, here, here, and here.

So, quite a straightforward task for Dr von Mitschke-Collande, then…

Respect for religion in Russia

In March we noted the contining aftermath of the Pussy Riot protest, and the drafting in Russia’s lower house of parliament of  legislation relating to offences against religion.  On 11 June, the State Duma approved a bill’s second and third readings that would make insulting religious believers’ feelings a criminal offence, here.  Provided it is passed by the upper house of parliament – the Federation Council – and signed by President Vladimir Putin, it will come into effect next month and substantial penalties introduced:

Along with federal legislation on the promotion of homosexuality, the Bill is aligned with the position of the Russian Orthodox Church and is strongly supported by a number of conservative activist groups.

Two of the Pussy Riot protesters, Maria Alyokhina and Nadezhda Tolokonnikova are serving their two year prison sentence in different prison colonies.  The third member, Yekaterina Samutsevich, was freed last October when a judge suspended her sentence on appeal.

After the previous week’s exposure to the more exotic burial customs of the Etruscans – elaborate cinerary urns and underground burial – the report of Re All Saints Standon [2013] Lichfield CCt provided a return to Anglican “normality”. Here the Chancellor was faced with ruling on the appropriateness of the memorial that Darren and Rick Clapham proposed to erect over the grave of their father, Charles Clapham.  He was locally well-known as being something of a “character” and the choice of suitable wording to reflect this proved problematic to the PCC, DAC and the Court. 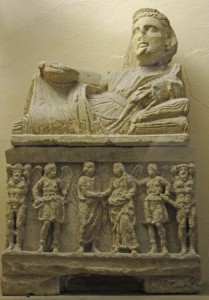 HHJ Stephen Eyre held that inclusion of the words “Now then” was  just about acceptable, and although they would convey little to anyone who did not know Mr Clapham or his use of this phrase, but they did not give any false or unchristian message. However, he drew the line at “It’s only rock and roll” – a possible reference to life (or death) – since this “amounts to a trivialising of God’s precious gift of life or of the ending of that gift.” Similarly the words “finally fell off his perch” were also unacceptable, since “they cross the line going beyond quirkiness and humour to undue flippancy and irreverence.”

Although the petition was refused, the Chancellor noted the desirability of celebrating individuality and the colourful nature of Mr Clapham’s life and would be prepared to authorise an inscription going beyond the recording of Mr Clapham’s age at death and his attributes as a loving father and grandfather. However, any such inscription should “give a message which conveys something of Mr Clapham’s character without being capable of being seen as inconsistent with the Christian Gospel.” He further authorised the Petitioners to apply to amend the form of words and refer them directly to the Court without the need for a fresh petition or for public notice.

If suitable words cannot be found, an inscription on a memorial bench outwith the curtilage of the church might be an option, such as that seen on the SW Coastal Path near Church Cove, Lizard, Cornwall:

Misbehaved All His Life 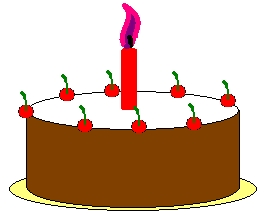 Apart from an isolated post in February (isolated because Frank simply couldn’t get his head around WordPress) we started posting regularly on 11 June last year, so the past week saw the blog’s first birthday. It’s been fun and hard work in pretty well equal measure – but we don’t intend to hang up our mice (mouses?) in the foreseeable future: FC & DP

[1] Using Google Translate, from the Italian