As readers of this blog will almost certainly be aware, on 11 October 2010 was promulgated the French Loi n° 2010-1192 interdisant la dissimulation du visage dans l’espace public [“prohibiting the covering of the face in public places”]. Belgium followed suit in 2011.

Article 2 defines public places as public roads and places open to the public or where public services are provided and excepts the covering of the face where it is required or authorized by law, if it is justified by health or professional reasons, or if it is done in the course of sporting activities, parties or artistic or traditional events. (So the goalie in an ice-hockey game and the performers in Un Ballo in Maschera are OK.) The penalty for contravention is a fine of up to €150 and/or obligatory participation in citizenship education.

To say that the burqa ban is controversial would be a major understatement and on 22 September 2011 Hind Ahmas and Najate Nait Ali became its first victims: they were fined 120 and 80 Euros respectively for wearing niqabs in public. In December 2011 Ms Ahmas was ordered to attend a 15-day citizenship course by another court for having worn a niqab at a protest outside the Elysée Palace on April 11 and she refused. She told the BBC in 2011 that she had been wearing the niqab for six years and that before she rediscovered her faith she wore mini-skirts and liked to party. She also said that her parents are moderates: moreover, as a divorcée she has no husband to pressurise her. In a New York Times telephone interview in September 2012 she said that she felt that “France has decided to boycott some human rights”. There is a serious possibility that she might end up in prison for her refusal to cooperate and she has declared that she will take the matter to the European Court of Human Rights if need be.

Two issues prompted this post. One is that 2013 has seen the first violent protest against the ban on face-coverings. In July a police check on a Muslim woman in Trappes, south-west of Paris, led to two nights of rioting: said the Minister of the Interior, Manuel Valls,

“The law banning full-face veils is a law in the interests of women and against those values having nothing to do with our traditions and values. It must be enforced everywhere”.

The second, more general issue is that the last few weeks have seen an escalation of the wider debate about religious dress in France.

The ban extends not only to the niqab and the burqa but also to items of dress that have nothing to do with covering the face: for example,  the hijab headscarf, the Jewish skull-cap and the Sikh turban and patka.

There is now pressure to extend the ban to universities. On 10 August Le Monde leaked a confidential report from the High Council for Integration which said that an extension was needed to counter problems caused by students wearing religious garb and demanding prayer space and special menus. The report observed that higher education institutions were the scene of numerous breaches of laïcité, that in some universities the number of veiled girls was booming, that there was a strong demand to open prayer-rooms, that mixing the sexes and lectures that were not in accordance with a rigorous version of Islam were being challenged and, at the same time, that there was an increase in associations culturelles which were merely a screen for active proselytism.

In its report of Valls’s remarks about the riot in Trappes, The Guardian notes that France has a Muslim population of about five million, yet the Ministry of the Interior estimates that only between 400 and 2,000 women wear the burqa or niqab and only a handful have been fined for wearing them. Which prompts the obvious question, “So why is the French Government making such a fuss about burqas – or, for that matter, about girls wearing hijabs at university?”.

The kindest response would be the traditional French commitment to laïcité. Article 1 of the Constitution states that France is

and that it “shall respect all beliefs”. Traditionally laïcité has been interpreted as the almost total exclusion from French public life of any aspect of religion – though viewed from this side of the Channel, the current French obsession with religious dress seems to sit rather oddly with the obligation to “respect all beliefs”. A rather more critical answer would be that the average French citizen of Caucasian heritage feels somehow threatened by the presence of such a large religious minority. The most challenging reaction would be to suggest that Frenchmen and women of a certain age still remember the Guerre d’Algérie of 1954 to 1962 and  have not yet become reconciled to its outcome.

Whatever the reason, the outcome of a possible challenge is uncertain. As to the extension of the ban to French universities, when the issue came before the ECtHR in Leyla Şahin v Turkey [2004] ECHR 299 the University of Istanbul’s ban on Islamic headscarves was upheld as justified in principle, proportionate to its aims and, given the secularist nature of the Turkish Constitution, “necessary in a democratic society”. Recent ECtHR decisions on wearing the hijab in French schools contrary the Law of 2004 have followed a pattern of non-interference similar to that in Şahin: see for example, Dogru v France [2008] ECHR 1579. But regulating religious dress in educational establishments is one thing, while regulating religious dress in daily private life is surely quite another – though that said, recent Grand Chamber judgments such as Lautsi & Ors v Italy [2011] ECHR 2412 and Sindicatul Păstorul cel Bun v Romania [2013] ECHR 646 seem to suggest that the ECtHR is becoming more reluctant than before to interfere in matters involving religious manifestation or the affairs of religious organisations.

Finally, precisely what is a “headscarf” anyway and why should it be automatically assumed to have religious significance? HM sometimes wears one – but is anyone suggesting that the Supreme Governor of the Church of England is a closet Muslim? As Private Eye would no doubt say, I think we should be told…

For a recent review of the French burqa ban see Ioanna Tourkochoriti: The Burka Ban: Divergent Approaches to Freedom of Religion in France and in the USA: 20 Wm. & Mary Bill Rts. J. 799 (2012) 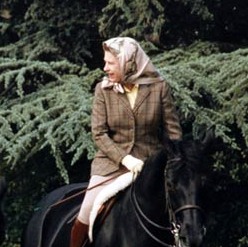 1 thought on “France and the burqa ban – are hijabs next?”