Stephen Gough is better known as The Naked Rambler. He believes that the unclothed body is inoffensive and practises social nudity, which he expresses by 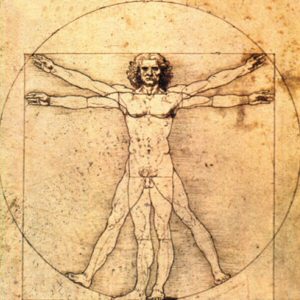 being naked in public. In 2003 he decided to walk naked from Land’s End to John O’Groats. In Scotland he was arrested and charged with breach of the peace on several occasions and served several short prison sentences. (He was also arrested and charged in England but what follows does not relate to that.)

On one of his many court appearances in Scotland, he pled “not guilty” at a short hearing on 21 July 2011 and appeared in court naked at his trial in August. He was warned by the Sheriff that if he refused to dress or otherwise cover himself he might be held in contempt of court. He refused to put on clothes and argued, inter alia, that his arrest and trial violated the European Convention of Human Rights, relying on

It is the fact that he originally pled Article 9 that gives the case a tenuous link with “law & religion”. By the time he got as far as the Fourth Section ECHR however, in Gough v United Kingdom [2014] ECHR 1156, he had extended his argument but had dropped the Article 9 point. He relied principally on Articles 8 & 10 but, in doing so, did not dispute that the judicial review proceedings available under Scots law were in principle effective and would have offered him reasonable prospects of success in respect of his complaints concerning his treatment in detention.

The Court was satisfied that Gough’s public nudity could be seen as a form of expression within the ambit of Article 10 and that his arrest, prosecution, conviction and detention constituted repressive measures taken in reaction to that form of expression of his opinions. There had therefore been an interference with his exercise of his right to freedom of expression.[150].

The Court was prepared to accept that the extent to which, and the circumstances in which, public nudity was acceptable in a modern society was a matter of public interest; and the fact that Mr Gough’s views on the matter were shared by very few people was not, of itself, conclusive of the issue. He was entitled to seek to initiate a debate about its acceptability and there was a public interest in allowing him to do so.

“However, the issue of public nudity also raises moral and public-order considerations. The comparative data supplied by the Government show that even in the small number of states surveyed, the responses of the law and of the authorities to public nudity are far from uniform. In these circumstances, the applicable margin of appreciation in reacting to instances of public nudity, as opposed to regulating mere statements or arguments on the subject, is a wide one” [172].

“Article 10 does not go so far as to enable individuals, even those sincerely convinced of the virtue of their own beliefs, to repeatedly impose their antisocial conduct on other, unwilling members of society and then to claim a disproportionate interference with the exercise of their freedom of expression when the State, in the performance of its duty to protect the public from public nuisances, enforces the law in respect of such deliberately repetitive antisocial conduct. Even though, cumulatively, the penalties imposed on the applicant undoubtedly did entail serious consequences for him, the Court cannot find in the circumstances of his case, having regard in particular to his own responsibility for his plight, that the public authorities in Scotland unjustifiably interfered with his exercise of freedom of expression” [176] [emphasis added].

The Court therefore found that there had been no violation of Article 10.

The Court described Gough’s case as “troubling”, given that his intransigence had resulted in a substantial period of imprisonment “for what is – in itself – usually a relatively trivial offence”; but it pointed out that his imprisonment was

“the consequence of his repeated violation of the criminal law in full knowledge of the consequences, through conduct which he knew full well not only goes against the standards of accepted public behaviour in any modern democratic society but also is liable to be alarming and morally and otherwise offensive to other, unwarned members of the public going about their ordinary business” [176].

As to his complaint under Article 8, it was doubtful whether the requisite level of seriousness had been reached in relation his choice to appear fully naked on all occasions in all public places without distinction, “having regard to the absence of support for such a choice in any known democratic society in the world”. But even if Article 8 were to be taken to be applicable to Gough’s case, the Court was satisfied that the circumstances did not disclose a violation of that provision on the part of the public authorities in Scotland: any interference with his right to respect for his private life was justified under Article 8 § 2 [184].

Finally, though the Court held that his complaints under Articles 8 and 10 about his arrest, prosecution, conviction and imprisonment were admissible, he had failed to exhaust domestic remedies. Inevitably, therefore, the Court rejected his complaint about his treatment in detention pursuant to Article 35 §§ 1 and 4 [200].

In 2012, for his advocacy of civil liberties Stephen Gough received the Nicolás Salmerón Human Rights Prize awarded by the Fundación Internacional de Derechos Humanos. But though the Fourth Section clearly found the facts of his case disturbing, it was evidently much less impressed than the Fundación had been, concluding that he was the author of his own misfortunes.

4 thoughts on “Public nudity as a human right? Gough v United Kingdom and the ECHR”