To resume where we left off yesterday…

labour-ward coordinators at the Glasgow Southern General Hospital, for judicial review of the dismissal of their conscientious objection to supervising staff involved in abortions. In the Inner House, Lady Dorrian had justified a wide interpretation of the conscientious opt-out in section 4 of the Abortion Act 1967 because

“it is recognised that the process of abortion is felt by many people to be morally repugnant … [I]t is a matter on which many people have strong moral and religious convictions, and the right of conscientious objection is given out of respect for those convictions and not for any other reason” [para 38].

The Supreme Court took precisely the opposite view. In the sole judgment Lady Hale DPSC interpreted s 4 narrowly and allowed the appeal. “Next stop Strasbourg” is our guess – though given the ECtHR’s increasing reluctance to second-guess states parties on Article 9 issues, we wouldn’t rate their chances very highly.

Northern Ireland saw the long-awaited announcement that the Executive was to consult on a very limited proposal to relax its abortion law in cases of lethal foetal abnormality and where a pregnancy is the result of rape or incest. Even so, the announcement was equivocal: Justice Minister David Ford MLA, of the Alliance Party, said he was making a “strong recommendation” to allow an abortion in circumstances where there is no prospect of the foetus being delivered and having a viable life but refrained from making any recommendation about termination of pregnancy resulting from rape or incest. This was not, however, good enough for the Northern Ireland Human Rights Commission, which announced that it was seeking judicial review of the failure to provide women in Northern Ireland with the opportunity for termination of pregnancy in circumstances of serious malformation of the foetus, rape or incest.

The year closed with the decision of High Court of Ireland on 26 December that doctors could switch off the life-support machine of a brain-dead woman who was 18 weeks pregnant. Her doctors feared prosecution if they switched off her life support and caused the death of her foetus. The judgment was seen by some as a weakening of the Irish Constitution’s provisions on the protection of the unborn child but it was later announced that it was not to be appealed.

The direction had been issued in relation to the accusation that St Margaret’s expected applicants to be considered as prospective adopters to be married couples. Most people (including us) expected an appeal; but in March OSCR issued a statement in which it explained that it had decided not to do so even though it found the Panel’s Note of Reasons on its decision “difficult to follow”.

The crucial difference in St Margaret’s seemed to be that the objects of the Society as set out in its Memorandum of Association, are as follows:

“The Society is established to promote (irrespective of creed) the welfare of children, whose interests are paramount, to foster the stability of family relationships and to assess the suitability of applicants as adoptive parents, all in accordance with the teachings of the Catholic Church …” [our emphasis].

Neil Addison pointed out at the time that Catholic Care should have included something similar in its own objects.

Subsequently, the DPP announced a small but significant clarification to the Crown Prosecution Service Policy on cases of encouraging or assisting suicide in relation to the meaning of those “acting in his or her capacity as a medical doctor, nurse, other healthcare professional, a professional carer [whether for payment or not], or as a person in authority, such as a prison officer, and the victim was in his or her care”, introduced following the comments by the Supreme Court. At the end of the year it was announced that Mrs Nicklinson was seeking to take her case to the ECtHR.

Elsewhere, Lord Falconer’s Assisted Dying Bill continued to make (slow) progress; and the Lords inserted an amendment in Committee to put the process under the control of the Family Division of the High Court. Whether or not the Bill will ever arrive on the statute-book, however, is an open question.

This has been an important year for same-sex marriage in the UK: the Marriage (Same Sex Couples) Act 2013 received Royal Assent on 17 July 2013, but it was not until this year that important provisions came into effect: the first same sex-weddings in England and Wales were permitted as from 29 March 2014; and from 10 December, same-sex couples could civil partnerships into marriages. With regard to the latter, the relevant draft statutory instrument was withdrawn in July and reintroduced in a modified form, following strong lobbying from LGBT and other groups.

These developments have begun to prove problematic for the Church of England with regard to: the provision of “service of thanksgiving and commitment” (incorrectly referred to as “blessings”) after these civil ceremonies; and its approach to clergy in same sex marriage and the practical application of the House of Bishops’ Statement of Pastoral Guidance on Same Sex Marriage of 15 February 2014. To date relatively few clergy have married their same-sex partners, although the Changing Attitude website suggested that a number were likely to convert their civil partnerships.

In terms of the legal issues arising from the Bishops’ Pastoral Guidance, our views are in accord with those of the Revd Will Adam, editor or the Ecclesiastical Law Journal, reported in the Church Times article, i.e. the Church appears to be on “pretty safe ground” with regard to equality legislation; but whilst clergy are subject to canonical obedience, the term is ill-defined and would be difficult to enforce: doctrinal offences fall within the Ecclesiastical Jurisdiction Measure 1963 although recourse to the Court of Ecclesiastical Causes Reserved is seldom pursued; and, a case might be brought under the Clergy Disciplinary Measure.  The issue is further complicated where clergy are not employees of the CofE, as in the case of Canon Jeremy Pemberton, below.

In Scotland, the Marriage and Civil Partnership (Scotland) Act 2014 permits the conversion of civil partnerships from 16 December and same-sex marriage ceremonies from Hogmanay.  The College of Bishops of the Scottish Episcopal Church has issued the catchily-titled Guidance for Clergy and Lay Readers in the light of the Marriage and Civil Partnership (Scotland) Act 2014, reviewed here.  In substance of the Scottish guidance is very similar to that of the Church of England House of Bishops: however, it is more prescriptive appears to take a stronger line on blessings after marriage and civil partnerships, an area on which the CofE’s position has been less than clear; although some issues of detail are different, both take a very similar approach to clergy entering into same-sex marriage and to the position on ordinands.  Likewise, both have a relaxed approach to clergy within civil partnerships.  The document has prompted strong condemnation in relation to its uncompromising approach and apparent disregard for earlier conversations within the Church, which resulted in an open letter to the College of Bishops, signed by over 50 clergy and lay readers.

As opposite-sex civil partnerships, however, the Government decided not to bring forward the necessary legislation to make them possible, arguing that there was no demand for them. This prompted Rebecca Steinfeld and Charles Keidan to begin proceedings challenging the refusal by the registrar at Chelsea Old Town Hall to allow them to register a civil partnership and, by extension, the Government for not bringing forward the necessary legislation. But judicial review is expensive; and they are seeking crowd-funding for their legal costs.

More generally, latest data from ONS indicate that since the Civil Partnership Act 2004 came into force in December 2005, there were 60,454 civil partnerships up to the end of 2012, i.e. 120,908 civil partners, an order of magnitude greater than the 11,000 to 22,000 civil partners estimated in the regulatory impact assessment.  The ONS is currently examining the trends in civil partnerships, how marriages to same sex couples will change the statistics, and how this might best be reported, here and here.

Clergy employment (or perhaps not): Jeremy Pemberton and Mark Sharpe

One of the clergy who did marry his same-sex partner was Canon Jeremy Pemberton, an NHS chaplain in the Diocese of Lincoln with Permission to Officiate in the Diocese of Southwell & Nottingham. Subsequently, the Acting Bishop of Southwell and Nottingham revoked his Permission to Officiate in his diocese, which meant that he was unable to take up a new post of chaplaincy and bereavement manager for Sherwood Forest Hospitals NHS Foundation Trust – and the Trust subsequently revoked its job offer. On 8 September 2014 Canon Pemberton’s solicitors announced that he had filed an Equality Act claim in the Employment Tribunal against the Archbishop of York and the acting Bishop of Southwell and Nottingham. Which raises the obvious question: “But was he employed by either of them?”.

In Sharpe v Worcester Diocesan Board of Finance Ltd & Anor [2013] UKEAT 0243 12 2811 Mrs Justice Cox, sitting alone, held that Mark Sharpe, Rector (ie with freehold) of Teme Valley South, who had retired on grounds of ill-health then sued the Diocesan Board of Finance and the Bishop in his corporate capacity, principally alleging constructive and unfair dismissal, was in fact a “worker” within the meaning of s 230(3)(b) Employment Rights Act 1996. She allowed the appeal and remitted the case to the Employment Tribunal for a fresh hearing “in accordance with the legal principles set out in this judgment” – but her decision has itself been appealed: watch this space.

Inevitably, the year is going to be dominated by the General Election (and, no doubt, by the subsequent fall-out) and the continuing row about the relationships between the UK and the various European institutions, particularly the EU and the ECtHR. But specifically we expect:

And apart from that lot, who knows?

[For a US perspective, see Howard Friedman’s Top Dozen Church-State and Religious Liberty Developments In 2014]

And a good New Year to all… 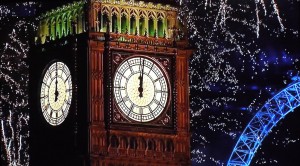