A relatively quiet week, although our post on “reasonable accommodation” had a very wide readership

We have commented before on the fact that the ECtHR takes a very dim view of ill-treatment of conscientious objectors to military service – most recently in Buldu & Ors v Turkey [2014] ECHR 567, in which the successful applicants were Jehovah’s Witnesses who refused to perform military service on the grounds that it was contrary to biblical teaching.

All is not gloom, however. The Religious Information Service of Ukraine reports that on 26 February Dnipropetrovsk Regional Court of Appeal upheld the acquittal of a Jehovah’s Witness who asked for an alternative to obligatory military service, relying on the provisions of part 4 of Article 35 of the Constitution and on the jurisprudence of the ECtHR – though it is expected that the prosecution will appeal. 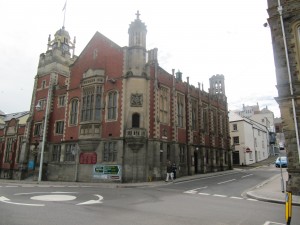 In January we reported that that following a fairly brief report stage and third reading in the Commons, the Local Government (Religious etc. Observances) Bill had passed to the Lords unamended. The Bill was given its second reading on 27 February, 27 Feb 2015 Vol 759(109) Col 1911 and committed to a Committee of the Whole House, again without amendment. Introducing the Bill, Lord Cormack quoted the remark of Mr Robert Flello, (Stoke-on-Trent, Lab.) during the Commons debate, 16 Jan 2015 Vol 590(93) Col 1136,

“This measure is so gentle that someone would have to work hard to find any way of taking any sort of umbrage or insult from it”.

Unsurprisingly, this is not the view of the National Secular Society which quotes the Earl of Clancarty [Col 1915] as drawing their Lordships’ attention to matters of principle as well to as practicalities “which we ignore at our peril”. He warned that if the Bill passes, “we will have a recipe for divisiveness and storing up potential problems in the long term”.

Others might suggest that the status quo would be restored to the position prior to the events triggered by the late Mr Clive Bone, although it would be disingenuous not to acknowledge that the Bill seeks to place beyond doubt a range of issues in this area. The Committee stage of the Bill is scheduled for Friday 13 March.

The Canadian press reported this week that a judge in Montreal, Eliana Marengo, told a plaintiff in person, Rania El-Alloul, that she would have to remove her hijab before the court would hear her case about the seizure of her car by the  Province’s automobile insurance board. Quebec Premier Philippe Couillard called the decision “disturbing” and the Canadian Civil Liberties Association said that it violated the religious freedom provisions of the Canadian Charter of Rights and Freedoms, while the Globe and Mail pointed out that the judge’s direction contradicted two judgments affirming a right to wear religious garments in court, one of which was handed down by the Supreme Court of Canada: R v NS 2012 SCC 72, [2012] 3 SCR 726.

In R v NS, which was about a witness who wished to wear a niqab veil while testifying, McLachlin CJ declared that

“A secular response that requires witnesses to park their religion at the courtroom door is inconsistent with the jurisprudence and Canadian tradition, and limits freedom of religion where no limit can be justified.  On the other hand, a response that says a witness can always testify with her face covered may render a trial unfair and lead to wrongful conviction.  What is required is an approach that balances the vital rights protecting freedom of religion and trial fairness when they conflict.  The long-standing practice in Canadian courts is to respect and accommodate the religious convictions of witnesses, unless they pose a significant or serious risk to a fair trial.  The Canadian Charter of Rights and Freedoms, which protects both freedom of religion and trial fairness, demands no less.

For the reasons that follow, I conclude that a witness who for sincere religious reasons wishes to wear the niqab while testifying in a criminal proceeding will be required to remove it if:

(a) requiring the witness to remove the niqab is necessary to prevent a serious risk to the fairness of the trial, because reasonably available alternative measures will not prevent the risk; and

But Ms El-Alloul was not wearing a niqab but a hijab, so there was no question of her face being covered while she gave evidence. Nor was it a criminal case. Maybe Marengo J was simply unaware of the SCC’s prior ruling; if so, no doubt the Conseil de la magistrature du Québec will remind her of it when it receives the inevitable complaint about her conduct.

The Bishop of Lichfield, the Rt Rev Jonathan Gledhill has announced his intention to retire in September after “a good stint” of forty years of ministry. The early departure of any of the present Lords Spiritual that are within 10 years of their retirement age, as in the case of Bishop Gledhill, is unlikely to change the number of women eligible to sit on the bishops’ benches, once the Lords Spiritual (Women) Bill becomes law. However, it does mean that the vacancy will arise four years sooner than might have been anticipated.

Michael Beasley has been appointed as the suffragan Bishop of Hertford in the Diocese of St Albans.

The government-sponsored Listed Places of Worship: Roof Repair Fund allocated £15 million for the provision of between £10,000 and £100,000 for listed places of worship of all faiths and denominations across the whole of the UK, “to support the maintenance of church roofs in 2015”: it was estimated the fund had the potential to make around 375 places of worship watertight. The associated legal issues are considered here. The Scheme opened on 3 December and applications were to be submitted 12:00 noon on 30 January. On 6 March, ChurchCare reported that

“despite the short timeframe, [i.e. 39 working days in E, W & NI and 38 in Scotland], almost 1,900 applications were received, testament to the tremendous commitment of clergy and volunteers in parishes across the UK, as well as the archdeacons, DAC staff, architects and surveyors that supported applicants.”

We would add that the preliminary work by ChurchCare and others in the provision of guidance, templates for letters &c will have appreciably reduced the burden on churches seeking funding under the Scheme. Grants are expected to be announced in the week commencing 23 March 2015.

In January 2015, the Church of England issued further guidance on Crematorium funerals and parochial fees  to supplement the comprehensive Guide to Church of England Parochial Fees  and Frequently Asked Questions covering the newly-enacted provisions within the Ecclesiastical Fees (Amendment) Measure 2011. The Guidance was produced following requests for clarification of the legal position on retired clergy and self-supporting ministers following Re Hawthorne [2015]; and as a result of similar requests, the Remuneration and Conditions of Service Committee, (RACSC), of the Archbishops’ Council has now produced the snappily-titled Guidance for Church of England Hospital Chaplains, Incumbents, Diocesan Boards of Finance, and Hospital Trusts in relation to Funeral Services and Church of England Parochial Fees. This is available on the NHS Hospital Health Care Chaplaincy web site, and has been circulated to hospital chaplains, who are now discussing its implementation with their diocesan authorities. We will post on this new Guidance in due course.

The Charity Commission and religion

On 6 March, NHS England published Chaplaincy Guidelines 2015: Equality Analysis: Promoting Excellence in Pastoral, Spiritual and Religious Care which replace those published in 2003 and “provide a comprehensive description of good practice in chaplaincy care for the NHS in England … The document responds to changes in the NHS, society and the widening understanding of spiritual, religious and pastoral care. In the light of the 2010 Equality Act new guidance is provided for the care of patients and service users whatever their religion or belief.” The British Humanist Association (BHA), commented “NHS bodies in England will be obliged for the first time to provide pastoral support and care to non-religious people on the same basis as chaplaincy is provided to the religious.”

In last week’s Consistory court catch-up, February 2015 we reported yet further examples of problems encountered with interments in churchyards. This Friday’s CofE Daily Digest carries the story of the cremation of the body of a man by mistake at the funeral of an MEP with an almost identical name; a spokesperson for Co-operative Funeralcare is quoted as saying that although Central England Co-operative Funeralcare used its branding, it did not operate the funeral directors and had “no involvement in this case”; a spokesperson for The Heart of England Trust that runs the Good Hope Hospital is quoted that over 10 years it had been involved in three incidents in which the wrong body had been released. In each case the error was picked up prior to burial or cremation.

For Lent 3, Year B, Archdruid Eileen of the Beaker Folk of Husborne Crawley has some suggestions on how the Clearing of the Temple, John 2:13-25, might be headlined in today’s papers, starting with The Mail – “Unemployed Immigrant Preacher Sparks Riot”. Enjoy.