Alain Simoneau regularly attended the public meetings of the municipal council of the City of Saguenay. In one of the council chambers there was a Sacred Heart statue fitted with a red electric votive light: in another, there was a crucifix hanging on the wall. At the start of each meeting, the Mayor would recite a prayer after making the Sign of the Cross while saying “au nom du Père, du Fils et du Saint-Esprit”.

Mr Simoneau, an atheist, was uncomfortable with this and asked the Mayor to stop doing it. When the Mayor refused, Mr Simoneau complained to the Commission des droits de la personne et des droits de la jeunesse, arguing that the practice infringed his freedom of conscience and religion, contrary to ss 3 and 10 of the Quebec Charter, and asking that prayers in the council chamber cease and that all religious symbols be removed. The Commission des droits upheld his complaint; but its decision was overturned by the Court of Appeal, which held that the prayer at issue expressed universal values and could not be identified with any particular religion and that the religious symbols were works of art devoid of religious connotation which did not affect the state’s neutrality. The Court of Appeal therefore concluded that Mr Simoneau had not been discriminated against on the ground of freedom of conscience and religion and that the interference, if any, was trivial or insubstantial. Mr Simoneau appealed.

“… the recitation of the prayer at the council’s meetings was above all else a use by the council of public powers to manifest and profess one religion to the exclusion of all others. It was much more than the simple expression of a cultural tradition. It was a practice by which the state actively, and with full knowledge of what it was doing, professed a theistic faith” [118].

The practice was therefore

“… incompatible with the state’s duty of religious neutrality … The prayer creates a distinction, exclusion and preference based on religion that has the effect of impairing Mr Simoneau’s right to full and equal exercise of his freedom of conscience and religion” [150].

All of which might possibly remind readers of R (National Secular Society & Anor) v Bideford Town Council [2012] EWHC 175 (Admin) – on which we posted at the time. 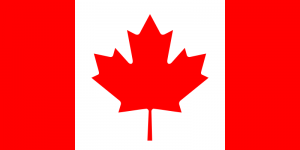 1 thought on “Prayers at council meetings? Not in Canada”