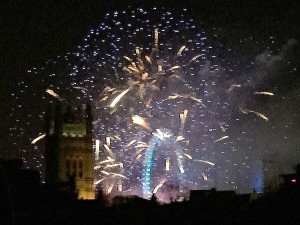 Inevitably, the biggest domestic news of 2015 was the outcome of the general election: a Conservative Government with an overall majority, a rout for the Liberal Democrats and a landslide for the SNP, which won 56 out of Scotland’s 59 Westminster seats. The result raised several issues generally relevant to some of what we cover in this blog: the future of the Human Rights Act 1998 and the domestic applicability of the ECHR, the UK’s future (or not) as a member of the EU and law reform generally.

After a Government defeat in the House of Lords following a debate on secondary legislation during which the Lords Spiritual played an important part, Lord Strathclyde was asked in October to consider “how to secure the decisive role of the House of Commons in relation to its primacy on financial matters and secondary legislation”. His recommendations were published in December.

On Friday 11 September the Assisted Dying (No. 2) Bill, a private Member’s bill introduced by Rob Marris to mirror Lord Falconer’s bill in the House of Lords, was debated on second reading. It was defeated by 330 votes to 118: a majority of 212. That probably settles the matter for the remainder of the present Parliament.