The Home Secretary has said that she wants the UK to withdraw from the ECHR and remain a member of the EU. But…

The Home Secretary, Theresa May, has argued that the UK should remain in the European Union but leave the European Convention on Human Rights. According to a report in The Guardian, she told a London audience at the weekend:

“The ECHR can bind the hands of Parliament, adds nothing to our prosperity, makes us less secure by preventing the deportation of dangerous foreign nationals – and does nothing to change the attitudes of governments like Russia’s when it comes to human rights. So regardless of the EU referendum, my view is this. If we want to reform human rights laws in this country, it isn’t the EU we should leave but the ECHR and the jurisdiction of its Court.

I can already hear certain people saying this means I’m against human rights. But human rights were not invented in 1950, when the Convention was drafted, or in 1998, when it was incorporated into our law through the Human Rights Act … A true British Bill of Rights – decided by Parliament and amended by Parliament – would protect not only the rights set out in the Convention but could include traditional British rights not protected by the ECHR, such as the right to trial by jury.”

Immediate reactions from both camps in the referendum debate seem to have been critical. According to a report in The Guardian, David Davis, Conservative MP and former shadow Home Secretary – and a supporter of Brexit – said that May’s position was “extraordinarily inconsistent”:

Jacob Rees-Mogg, Conservative MP for North East Somerset and another supporter of Brexit, pointed out that Article 6.2 of the Lisbon Treaty states that the EU will itself become a signatory of the ECHR with Article 6.3 binding the EU to abiding by the Convention’s principles. He told the Daily Express: “We can’t leave the ECHR unless we leave the EU. Absolutely clearly the EU is bound by the ECHR.”

In answer to an Urgent Question in the Commons today, 26 April, the Attorney General  (standing in, it should be said, for the Home Secretary) said this:

“The United Kingdom is a founder member of the European Convention on Human Rights, and lawyers from the United Kingdom were instrumental in the drafting of the European convention. We are signatories to the convention and we have been clear throughout that we have no objections to the text of the convention; it is indeed a fine document and the Government are firmly of the view that the rights that it enshrines are rights that British citizens and others should continue to hold as part of a reformed human rights framework.

However, this Government were elected with a mandate to reform and modernise the UK human rights framework: the 2015 Conservative party manifesto said that a Conservative Government would scrap the Human Rights Act and introduce a British Bill of Rights. As with all elements of our manifesto, we intend to meet that commitment in the course of this Parliament. Members will be aware that we have set out our intention to consult on the future of the UK’s human rights framework both in this country and abroad, and that consultation will be published in due course. We will fully consult on our proposals before introducing legislation; in doing so, we will welcome constructive contributions from all parts of the House.

The intention of reform is to protect human rights, to prevent the abuse of human rights law and to restore some common sense to the system. The Prime Minister has been clear throughout that we ‘rule out absolutely nothing in getting that done’.

Our preference, though, is to seek to achieve reforms while remaining members of the European Convention. Our reforms will focus on the expansionist approach to human rights by the Strasbourg court and under the Human Rights Act, but although we want to remain part of the ECHR, we will not stay in at any cost. We have been clear that if we cannot achieve a satisfactory settlement within the ECHR, we may have no option but to consider withdrawal.

Let me make one thing absolutely clear: the United Kingdom has a proud tradition of respect for human rights that long predates the Human Rights Act—and, indeed, the European Convention on Human Rights. Any reforms that we make will maintain that protection. Those are not just words. This Government and the coalition Government who preceded them have a strong record on human rights, both here and abroad” [emphasis added].

On the issue that concerns me particularly in this post, however, he told the House in reply to a supplementary that:

Jacob Rees-Mogg then pointed the Attorney to Article 6.3 of the Treaty on European Union, which states that “Fundamental rights, as guaranteed by the European Convention…shall constitute general principles of the Union’s law”:

“Furthermore, the Commission, when asked specifically what would happen if a member state left the convention, said it would consider using Article 7, which allows for the suspension of a member’s voting rights. It seems to me that, for once, European treaties are written in clear language that is understandable even to non-lawyers.”

To which the Attorney replied that he did not think that it was as simple as that:

“He is, of course, right that ECHR principles contribute to European Union [law] via the Charter, but that is not the same as putting together the European Convention on Human Rights and European law and saying that they are indistinguishable and indivisible from each other.”

In a post on eutopia law in 2011, Aidan O’Neill QC wrote the following:

“The CJEU has held that the substantive fundamental rights provisions of the European Convention for the Protection of Human Rights and Fundamental Freedoms (“ECHR”) – which the Strasbourg court is tasked with interpreting and applying – themselves express and reflect existing general principles of EU law. And this line of CJEU case law is now reflected in the terms of Article 6(3) of the Treaty on European Union (“TEU”) which states that “fundamental rights, as guaranteed by the ECHR and as they result from the constitutional traditions common to the Member States, shall constitute general principles of the Union’s law”. As general principles, the claims of fundamental rights are binding on the EU institutions, and on the Member States when acting within the sphere of EU law.

The CJEU has also been clear that EU law takes precedence over all other claims of international law and the decisions of other international tribunals … The CJEU holds itself out to be the European Supreme Court, finally and authoritatively interpreting – at least for the EU Member States – the provisions of the ECHR when its provisions arise within a field also covered by EU law. And the range of EU law is vast. Indeed, the difficult thing within the contemporary legal systems of the EU Member States (including those of the United Kingdom) is to find an area of law which falls outside the ambit of EU law, rather than to define and delimit those areas which fall within it. The result of this CJEU jurisprudence is that, in relation to fundamental rights issues falling within EU law, the Member States of the EU are to regard themselves are simultaneously bound by two different masters: both the CJEU (under and in terms of the EU Treaties) and the ECtHR (under and in terms of the ECHR)” [emphasis added].

So where the EU goes from there in constitutional terms is (to put it mildly) unclear. Perhaps the Attorney is correct to say that the ECHR and European law are not indistinguishable and indivisible; however, the fact remains that all the current members of the EU are also members of the Council of Europe and it is difficult to see, if only in terms of Realpolitik, how the United Kingdom could renounce the ECHR while remaining a member of the EU.

To put it at the very lowest, withdrawal from the ECHR would send out all the wrong signals to countries with poor human rights records – not least to those with poor records on freedom of thought, conscience and religion, of which there are many. Does Mrs May seriously want to do that? 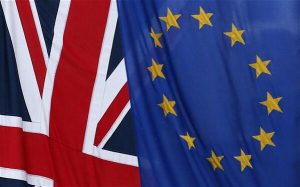 Cite this article as: Frank Cranmer, "Can the UK leave the ECHR and remain in the European Union?" in Law & Religion UK, 26 April 2016, https://lawandreligionuk.com/2016/04/26/can-the-uk-leave-the-echr-and-remain-in-the-european-union/

3 thoughts on “Can the UK leave the ECHR and remain in the European Union?”