So it’s goodbye to the EU, then…

Article 50 of the Treaty on the European Union reads as follows:

If a withdrawal agreement can be reached, it must be approved by the European Parliament and then by the Council, by Qualified Majority Voting.

David Cameron has stated that his successor should be the one to invoke Article 50; and he expects his successor to be in place by early October, in time for the Conservative party conference. From the point that the UK Government notifies the European Council of the UK’s wish to withdraw from the EU, the EU treaties will cease to apply to the UK after a maximum of two years. If negotiations progress more quickly than expected, and if a “withdrawal agreement” can be reached, then the UK could be out of the EU treaties before the end of the two-year period. The two-year deadline comes into effect automatically (regardless of whether or not negotiations are complete) unless all other Member States (not including the UK) agree to an extension – though it is not clear what would happen if the UK objected to an extension.

Next question: Scotland voted Remain, so what will happen at the (almost inevitable) next independence referendum? Question after that: if, as we have asserted more than once, the Government cannot tamper with the UK’s relationship with the European Convention on Human Rights because it is, in effect, part of EU law, what are the chances of it or a successor attempting to do so once we leave the EU?

As Mark Elliott points out, legally and constitutionally speaking, nothing has changed – yet. Likewise, the Jack of Kent blog sets out Five legal points about the Leave victory, beginning with the assertion that “The EU referendum result, by itself, has no legal impact.  It was an advisory not a mandatory referendum”. RightsInfo carries an interesting post, BREXIT: What Does It Mean For Human Rights? The House of Commons Library has published Brexit: what happens next?

In November 2015, the Employment Tribunal found for the respondent in Pemberton v Inwood, Acting Bishop of Southwell and Nottingham [2015] ET 2600962/2014. It held that Jeremy Pemberton, who was prevented from taking up a new appointment as a senior hospital chaplain by the refusal of the Bishop to give him a licence, was not discriminated against; and a claim for harassment was dismissed.

In March this year, Canon Pemberton announced that he had been given leave to appeal against the decision of the Employment Tribunal on his discrimination claim. In a further development, this week the Church Times reported (£) that a cross-appeal from Bishop Richard Inwood will be made to an Employment Appeal Tribunal in September, during the hearing for an initial appeal made by Canon Jeremy Pemberton. It is understood that Bishop Inwood will seek to uphold the decision of the ET and argue additional points not included in its decision.

Assisted suicide and the BMA

At its annual conference in Belfast, the British Medical Association voted by 198 to 115 to maintain its current position of opposition to assisted suicide. The Association had been urged to change its position from opposition to neutrality.

Gender-specific abortion: appeal to the ECtHR

Aisling Hubert sought to bring a private prosecution against Dr Prabha Sivaraman and Dr Palaniappan Rajmohan for agreeing to terminate a pregnancy on the grounds of the sex of the foetus. However, the Crown Prosecution Service took over and discontinued the prosecution on the grounds that it would not be in the public interest to pursue it; and in R (Hubert) v Director of Public Prosecutions & Anor [2015] EWHC 3733 (Admin) the Administrative Court (Burnett LJ and Irwin J) rejected an application for judicial review of the DPP’s decision. The Daily Telegraph now reports that Ms Hubert is to appeal to the European Court of Human Rights “calling for a reform of abortion law”.

It will be interesting to see how this pans out. Even if the ECtHR decides that the DPP’s exercise of her discretion was defective, that will not necessarily mean that the two doctors will be prosecuted. Nor is the ECtHR able to reform abortion law: it’s a court, not a legislature: see the issue of prisoner voting, passim.

On 21 June, the Council of Europe Parliamentary Assembly (PACE) announced that Tim Eicke, QC, had been elected as judge to the European Court of Human Rights in respect of the United Kingdom, having obtained an absolute majority of the votes cast. His nine-year term of office will commence ”from 7 September 2016 and in any event no later than three months after his election”. Details of the selection and election process and the UK’s three candidates are posted here.

David Scrooby has drawn our attention to an interesting South African case that made little impact in the UK at the time but which deals with issues that are likely to become increasingly pressing as the use of social media expands. It’s probably too old to merit a free-standing post but certainly worth a summary, as follows.

In Dutch Reformed Church v Rayan Sooknunan [2012] ZAGPJHC 97, during 2000/2001 the Dutch Reformed Church (DRC) decided to allow Glory Divine World Ministries (GDWM), of which Mr Sooknunan was the ‘Founder and Head’, to hold services at the Vergesig church on Sunday mornings once the DRC service was over. In 2010 the DRC decided to sell the Vergesig premises but could not agree a purchase price with GDWM and offered it a sole tenancy pending the sale: the church was subsequently sold to an Islamic Academy [5]. Mr Sooknunan and the GDWM then embarked on a campaign against the DRC and Pastor Henrik Abel van Rooyen, the Chairman of the DRC Council, to force them to abandon the sale [9].

The applicants sought interdicts to restrain Mr Sooknunan, trading as GDWM, “from publishing any ‘malicious, injurious, inflammatory and/or defamatory matter’ either verbally or in writing through literature, documents, emails, SMS messages or by using the internet or any website” [15]. According to Satchwell J, the issues before the Court were

“the use to which social media, such as Facebook, are or can be put and the legal implications thereof; the interrelationship between inflammatory language and incitement on the one hand and freedom of speech and entitlement to lobby for a point of view on the other hand; and the particular nature of religious language” [2].

Satchwell J came down on the side of suppressing inflammatory language and ordered as follows (and you can deduce the level and nature of the insults from the terms of the order):

“1. Ryan Sooknunan also known as ‘Dr Ryan Sooknunan’ also known as ‘Bishop Ryan Sooknunan’ trading as or operating under the name of ‘Glory Divine World Ministries’ is interdicted and restrained from uttering, stating, writing, publishing or in any other manner or mode suggesting or implying that the Dutch Reformed Church Vergesig or any of its congregants or Hendrik Abel Van Rooyen:

i. Are betrayers of the Christian faith and their commitment to the Word of Jesus Christ or Jesus Christ;

iii. Are in any way to be compared or likened to Judas Iscariot or any person who is understood to be a betrayer of Christ, a traitor to Christianity or a heretic to the teachings of the Christian faith;

iii. The words ‘Judas Iscariot’ and ‘thirty pieces of silver’ are not again to be utilised in the context of this dispute between the DRC and Sooknunan; and

iv. Are failing or have failed, in any manner whatsoever, to carry out their pastoral duties towards and for any members of their DRC Vergesig or any other DRC congregation.

2. Ryan Sooknunan … trading as or operating under the name ‘Glory Divine World Ministries’:

i. Is directed forthwith to remove the email addresses of Hendrik Abel Van Rooyen and Attorney Neels Engelbrecht from the GDWM Facebook page/wall and any information concerning the person or residence of business operations of van Rooyen or Engelbrecht from such public domain; and

ii. To make no further disclosure of any personal or private information of and concerning Hendrik Abel van Rooyen or Attorney Neels Engelbrecht” [114].

The above case was added to the Ecclesiastical Law Association web pages here on the basis of Chancellor Bursell’s understanding that his judgment was unreported. The Incorporated Council of Law Reporting has informed the ELA that this case is in fact reported in [2012] PTSR 593. There is an analysis of the case in our post, Churchyard Regulations – the practicalities of enforcement. 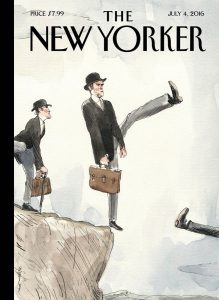