Some light relief from Brexit, and welcome news for hundreds of churches

On 6 July, the successful applicants to the second round of the Listed Places of Worship: Roof Repair Fund were announced. A total of 401 places of worship in the UK received between £10,000 to £100,000 to meet the costs of urgent repairs to roofs and rainwater disposal systems. Money is also being provided for structural investigations; specialist reports and bat surveys. 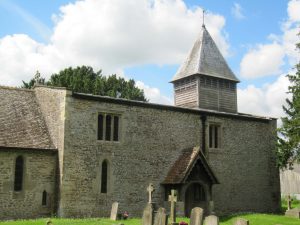 The Fund is administered by the National Heritage Memorial Fund (NHMF) on behalf of the Department for Culture Media and Sport (DCMS); the first round awards were covered in our post last year. This year’s list of successful applicants includes an award of £62,400 for the church of St Mary, Lyford, Oxfordshire, which is in the Benefice of Cherbury with Gainfield. 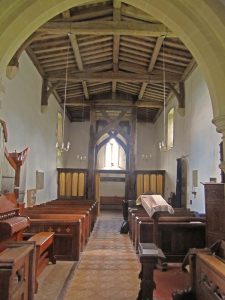 Lyford is a small but long established hamlet (944AD) with links to Edmund Campion SJ who was arrested at Lyford Grange in 1581, leading to his martyrdom at Tyburn. The C13th Grade II* was extensively restored in 1875 is notable for what is described in its listing as “heavy C15 oak posts strengthened by ogee scissor braces rise to support the belfry which is probably early C16 (dating from insertion of clerestory)”.

However, the problems of the upkeep of such a building are readily apparent: Lyford is now a small community with only 35 on the civil electoral register and 9 on the church electoral roll; there is a regular monthly service of Holy Communion (BCP) with hymns, attended by worshippers from Charney Bassett as well as from West Hanney, the original mother church. Other services include Harvest Festival, Carols by candlelight and joint benefice services.

The Listed Places of Worship: Roof Repair Fund is administered by the National Heritage Memorial Fund (NHMF) on behalf of the Department for Culture, Media and Sport; it was announced by George Osborne in the 2014 Autumn Statement and subsequently extended for a second round due to heavy oversubscription. Overall, the Treasury has allocated £55 million to the scheme. Welcoming the announcement of the allocations made in the second round, the Rt Hon Canon Sir Tony Baldry DL, Chair of the Church Building Council, said:

“It is fantastic that almost 300 more church buildings will receive significant help with roof repairs from government and we are hugely grateful to the Chancellor. We now need to ensure a sustainable way of funding church buildings in the future and this is a question which I hope the government’s English Churches and Cathedrals Sustainability Review will find viable and deliverable answers.”