Evidently a week for clearing desks – including ours…

Charity and the advancement of religion

On Monday the Charity Commission for England & Wales published its decision to reject an application from The Temple of the Jedi Order to register as a charitable incorporated organisation with purposes including “to advance the religion of Jediism, for the public benefit worldwide, in accordance with the Jedi Doctrine”: we noted it here and Russell Sandberg analysed the decision in depth here.

The BBC quoted Daniel Jones, leader of the Church of Jediism in the UK, as saying that Jediism’s status would change in the next five years and “It’s not what anyone in the Jediism community wants to hear, when you have churches like Satan and Scientology with charitable religious statuses.” But a quick search of the Charity Register reveals that the Church of Scientology is still not registered as a charity, notwithstanding the UKSC’s ruling in Hodkin that Scientology is a religion. Should the Scientologists apply for registration, we wonder how the Commission would respond?

No doubt as part of its pre-Christmas clearance sale, the Charity Commission announced a consultation on the likely contents of charity annual reports for 2017. Most church congregations in England and Wales are probably still not registered with the Commission because their incomes do not exceed £100,000. Those that are registered, however, might usefully have a look at the questions.

The following exchange in Hansard on Wednesday arose out of the controversy generated by the refusal to grant visitor visas to three Syriac Orthodox archbishops so that they could attend the consecration of the new Syriac Orthodox cathedral in London:

“Mr Gregory Campbell: If she will make it her policy to grant short-term pastoral visas to Christian church ministers from countries where their members are suffering persecution for their faith. [56713]

Mr Robert Goodwill: Ministers of Religion can apply to come to the UK if they have been offered a job within a faith community here.”

So presumably that’s a “no”, then.

“Ashers Baking Company will take the necessary legal steps to instigate a Supreme Court appeal on this crucially important matter as soon as possible and papers must be lodged early in the New Year.”

Yet more on Brexit

The Joint Committee on Human Rights published The Human Rights Implications of Brexit, in which it argues that the Government must not use fundamental rights as a bargaining chip and calls on the Government to give an undertaking to protect the residence rights of EU nationals in the UK. We noted it here. Also this week, the House of Lords EU Committee published a series of six reports on Brexit, of which David posted a long summary.

A member of the Polish Parliament, Beata Mateusiak-Pielucha of the ruling Law and Justice Party, has argued that “We should demand that atheists, Orthodox believers or Muslims clearly state that they know and undertake fully to respect the Polish Constitution and values recognised in Poland as important.”

Which attracted a certain amount of derision on Twitter and comparison with the proposal for an oath to uphold “British values”. Trouble is, Poland is sliding towards something that looks not a million miles away from authoritarianism: see, for example, the recent post by Tomasz Tadeusz Koncewicz on Verfassungsblog: Constitutional Capture in Poland 2016 and Beyond: What is Next? As it turns out, not funny at all.

One of the stranger searches last week that turned us up: “how was John Larkin re-elected as LCJ in NI”. Eh??? 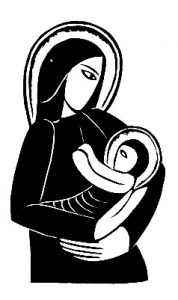