All else in 2016 paled into insignificance beside the vote for Brexit and the election of the next President of Trumpton. Needless to say, as a couple of grumpy OAPs raised in more liberal and rational times, we were not delighted at either outcome. Whether 2017 will be any better, who knows? Brexit will drag on and on, the situation in Syria will no doubt deteriorate further, Marine Le Pen might be the new President of France. Or the French electorate might have more sense and The Donald might not, after all, turn out to be as mad a box of frogs, though we aren’t holding our breath.

But apart from all that, there was quite a bit of law and religion.

Maybe 2016 wasn’t a vintage year for cases on law and religion; but a few caught our eye.

C (Children) [2016] EWCA Civ 374 answered the question, “Does a parent have an unfettered right to choose a child’s name?” with a resounding “No”. The mother of twins, who were in care, wanted to call the boy Preacher (which she described as “a strong spiritual name”) and the girl Cyanide (which she described as “a lovely pretty name”): their foster carers called them Harry and Annie. As we briefly reported, the Court of Appeal was having none of that: King LJ held that the court, in the exercise of its inherent jurisdiction, “should intervene to protect the girl twin from the emotional harm that I am satisfied she would suffer if called ‘Cyanide'” [109]; and though there was nothing inherently objectionable about Preacher, “the girl twin’s welfare can only met by neither she nor her brother having the names chosen for them by their mother” [115].

The facts in Lee v McArthur & Ors [2016] NICA 39, aka The Great Ulster Bake-Off, are too well-known to be worth repeating: the case may possibly have generated almost as much media comment as the Brexit litigation. But at least no-one accused Morgan LCJ and his judicial brethren of being 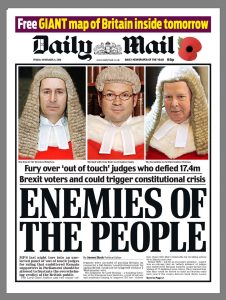 As we noted, Jeremy Pemberton lost his appeal. In Revd Canon Pemberton v Right Revd Richard Inwood (Sex Discrimination: Marital status) [2016] UKEAT 0072/16/0712 HHJ Eady QC, sitting alone, upheld the findings that Bishop Inwood had not discriminated against Canon Pemberton directly on grounds of sexual orientation and/or marital status in refusing him Permission to Officiate and an Extra Parochial Ministry Licence and had not unlawfully harassed him. The Church of England also lost its cross-appeal against the ET’s finding that the Bishop was a “qualifications body” for the purposes of sections 53 and 54 of the Equality Act 2010.

In Pendleton v Derbyshire County Council & Anor [2016] UKEAT 0238/15/2903, Mrs Pendleton’s belief ‘that her marriage vow was sacrosanct, having been made to God and being an expression of her religious faith’ [15] triumphed over her employer’s wish to dismiss her from her teaching post after she had refused to leave her husband, a head-teacher at another school who had been convicted of voyeurism and making indecent images of children and sentenced to ten months’ imprisonment. We noted it here.

Eversheds LLP included Wasteney v East London NHS Foundation Trust (Religion or Belief Discrimination) [2016] UKEAT/0157/15/0704 in their Employment cases of 2016: we noted it here. The EAT upheld the conclusion that Ms Wasteney “had not been subjected to disciplinary process or sanction because she manifested her religious belief in voluntary and consensual exchanges with a colleague but because … she subjected a subordinate to unwanted and unwelcome conduct, going substantially beyond ‘religious discussion’, without regard to her own influential position. The treatment … was because of, and related to, those inappropriate actions; not any legitimate manifestation of her belief” [65].

Finally, in December the Charity Commission for England & Wales refused to register The Temple of the Jedi Order as a charitable incorporated organisation with purposes including “to advance the religion of Jediism, for the public benefit worldwide, in accordance with the Jedi Doctrine”. We noted the decision here: Russell Sandberg subsequently provided us with a long analysis of the decision.

Throughout 2016 we have continued our practice of reviewing the judgments of the consistory courts, provided by the Rev. Raymond Hemingray of the Ecclesiastical Law Association; reporting other determinations of the Church of England’s courts and tribunals; and writing stand-alone posts where the issues raised merited more detailed consideration. The index of the judgments we reviewed includes some navigation features as we reckoned that no-one would wish to read this long post from beginning to end. This year, the longer articles included inter alia: a number on the application and development of Churchyard Regulations, and on the reservation of space within churchyards; considerations on the permanence of Christian burial; the disposal of unwanted fonts, again; and issues of costs in the long-settled issue of phone masts in church towers.

To say that the Independent Inquiry into Child Sexual Abuse did not have a good year is an understatement. Dame Lowell Goddard, appointed as the third Chair of IICSA in February 2015, resigned in August and was succeeded by Professor Alexis Jay. Its senior counsel, Ben Emmerson QC of Matrix Chambers, was then suspended on charges of harassment – of which he was later exonerated – and he and various other members of the Inquiry’s legal team resigned, including Professor Aileen McColgan, the lead counsel on the investigations into the Anglican and Roman Catholic Churches.

The year ended with the release of the report of an internal review of its work, which concluded that all thirteen existing investigations will continue. So that, at the present rate of progress, should get us to about 2025.

A low-level debate rumbled on during much of 2016 about “British values”, culminating in the suggestion by Communities Secretary Sajid Javid in the Sunday Times that civil servants and other holders of public office should swear an oath to uphold them. As the child of immigrants himself, on the subject of integration Mr Javid knows whereof he speaks; however, his proposal raises two linked but separate questions. The obvious one is, exactly what are “British values” anyway? The second – on which we have seen very little comment – is, why “British”?

As to the first, If “British values” means tolerance, mutual respect and upholding human rights and the rule of law, we would obviously support all of that – as, no doubt, would most citizens of liberal democracies – so what’s so special about the “British” element?

As to the second, we are citizens not of Great Britain but of the United Kingdom of Great Britain and Northern Ireland. One of the issues that bedevilled the thirty years of terrorism in Northern Ireland was precisely that the Unionist and Nationalist communities did not appear to have much in the way of “shared values” at all – or if they did, their disagreement over the nature of the state rendered nugatory what they did have in common. Less controversially, the values of someone in the Scottish Highlands might not be entirely on all fours with those of a resident of Central London.

And even if we could define what we were talking about, what would be the point of Mr Javid’s oath anyway? If people lie on oath in the witness-box, why should they behave any differently just because they have sworn to uphold something as ill-defined as “British values”? Or as the Chancellor of the Diocese of Oxford, Alex McGregor, pointed out on Twitter, “If an oath is needed (which is doubtful) it should be an oath to The Queen, not to subjective, abstract ideas”. We fear that a lot more work is needed.

The state of the blog

At the close of business on New Year’s Eve, we had 441 e-mail subscribers, 1,000-odd followers on Twitter – and 16,000-plus feed subscribers of whom perhaps a couple of hundred or so may even be genuine. More realistically, we are averaging 600-plus page-views a day so, on that basis, we probably have about a thousand fairly regular followers – bearing in mind that we follow several blogs ourselves but don’t by any means read every post. Although our readership tends to be issue-driven, our numbers are gradually rising: November 2016 was the highest to date with over 22,000 page views and we expect to reach a total of three-quarters of a million by May 2017. Which is more than our published stuff (or that of many full-time academics) ever gets.

Listed below are the posts which attracted the most readers in the year, apart from visits to the “Home Page” and “Recent Posts”, as at 26 December 2016:

The most-read post overall is still Sharia and the English legal system: the Government’s view, April 2013, with more than 15,000 page-views – but it’s now long out of date.

A long goodbye to the ECHR?

As the year drew to a close, The Telegraph reported that the Prime Minister intends to include withdrawal from the jurisdiction of the European Court of Human Rights in the Conservative Party’s 2020 General Election manifesto. How much truth there is in the report remains to be seen, but such a move would be consistent with statements she made when Home Secretary. So will we see the consultation draft of the much-heralded British Bill of Rights or will it be shelved until after the next election? And – if she wins it – will that mark the beginning of the end of the UK’s adherence to the ECHR?

And a Happier New Year from both of us. 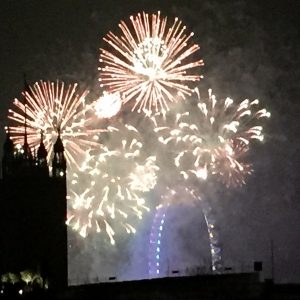