Another serious incident in London …

The Labour Party, race and faith

The Labour Party published its Race and Faith Manifesto – which has quite a lot to say about race and ethnicity but not very much specifically about religion other than that Labour “will strengthen our communities’ rights to practice [sic] their religion free from persecution” and “defend the right to wear all forms of religious and other dress of Muslims, Jews, Hindus, Christians, Sikhs and many others”. It does, however, include a specific condemnation of antisemitism and pledges “a review the Prevent programme with a view [to] assessing its effectiveness and potential to alienate minority communities”.

The European Parliament and antisemitism

On Thursday, the European Parliament agreed a resolution urging stronger action against antisemitism across the EU.

The resolution noted that hate speech and violence against Europe’s Jewish citizens were incompatible with EU values and called on national politicians systematically and publicly to oppose antisemitic statements. The resolution also called for racist motives to be deemed an aggravating factor in criminal offences, for the prosecution of antisemitic acts on the Internet and for better cross-border cooperation in prosecution, especially in the case of terrorist acts. Online intermediaries such as search engines should take stronger action to combat antisemitic hate speech.

Employment tribunals and litigants in person

We reported the case of Miss Keens-Betts, who took her employer to an Employment Tribunal alleging age and religious discrimination. All but one of her age discrimination claims were struck out and her religious discrimination claim was struck out in its entirety. It appeared from the judgment that she did not have the necessary two years’ service to entitle her to bring a claim for the alleged bullying and therefore tried what one comment on the post described as “a creative approach”.

If the judgment has anything to tell us – apart from the obvious conclusion that just because employees of a particular faith community are distressed by bullying, that does not constitute discrimination on religious grounds – it is this. Civil legal aid is largely a thing of the past; as a result, courts and tribunals now have increasing problems in dealing with what the Lord Chief Justice described in his Annual Report for 2015 as the “considerable increase of litigants in person for whom our current court system is not really designed”.

New joko is no gioco…

… as W S Gilbert might have said. On Monday we published the guest post by Bob Morris The Emperor of Japan, Prince Philip and the “a” word, in which he considers the two recent announcements of the Japanese government’s agreement to the Emperor’s wish to abdicate and Prince Philip’s retirement from public life, both on grounds of advancing age, and the fact that there is no continuing provision for abdication in UK law. Bob indicated to us that it would be interesting to see whether any of our readers were moved to regard religious reasons as nowadays an impediment to abdication/retirement.

Whilst the focus of the post is the issues to be faced by the UK monarchy, there are clear parallels to the resignation of Pope Benedict XVI in 2013 for which, to modify Bob’s words, “the last [resignation] took place [nearly 600] years ago and there were no precedents for how a retired [Pope] should be styled or otherwise accommodated in the [church’s hierarchy]”. Apart from the apparently amicable working arrangements between Pope Francis and Emeritus Pope Benedict, there have been informal procedural or canon law clarifications of the position.

About three years ago we mentioned that Article 171 of the French Code Civile made it possible in certain circumstances to marry one’s dead fiancé(e). Lord Wilson JSC explained in a speech that when President de Gaulle visited Fréjus in 1959 after a devastating flood he was so touched by the pleas of a girl to be allowed to marry her drowned fiancé that he persuaded the Assemblée Nationale to pass the necessary law.

About twenty posthumous marriages take place in France every year, in cases where the applicant was genuinely engaged to the deceased and the deceased’s parents still approve of the marriage. Last week, however, saw what is assumed to be the first ever posthumous same-sex wedding, when Etienne Cardiles married his civil partner, the late Xavier Jugelé, a police officer shot dead by a terrorist on the Champs-Élysées in April. The ceremony was attended by the Mayor of Paris, Anne Hidalgo, and former President Hollande.

Denmark removed the offence of blasphemy from the Criminal Code after the Venstre (Liberal) Party – the largest group in the governing coalition – announced its support for the move. Several of the party’s MPs had previously stated their opposition to its removal.

Paragraph 140 of the Code provided that “Anybody who publicly mocks or scorns the tenets of faith or worship of any lawfully existing religious community, will be punished by fine or imprisonment not exceeding 4 months”. Conservative Minister for Justice Søren Pape Poulsen had suggested that “if we didn’t have a blasphemy paragraph today, then we probably wouldn’t make one.”

A Danish man who filmed himself burning the Quran and posted the clip on Facebook in 2015 was to have faced a blasphemy trial, but the case was dropped after the law was repealed.

This week we published a round-up of the ecclesiastical law cases for April and May. These included Re St Andrew Kettleburgh [2017] ECC SEI 4, which considered proposals for reordering the West end of the church in order to provide a “welcome” area. This provided an interesting contrast with the West end of the Chiesa del Purgatorio, Matera, Basilicata, recently visited (by dp), 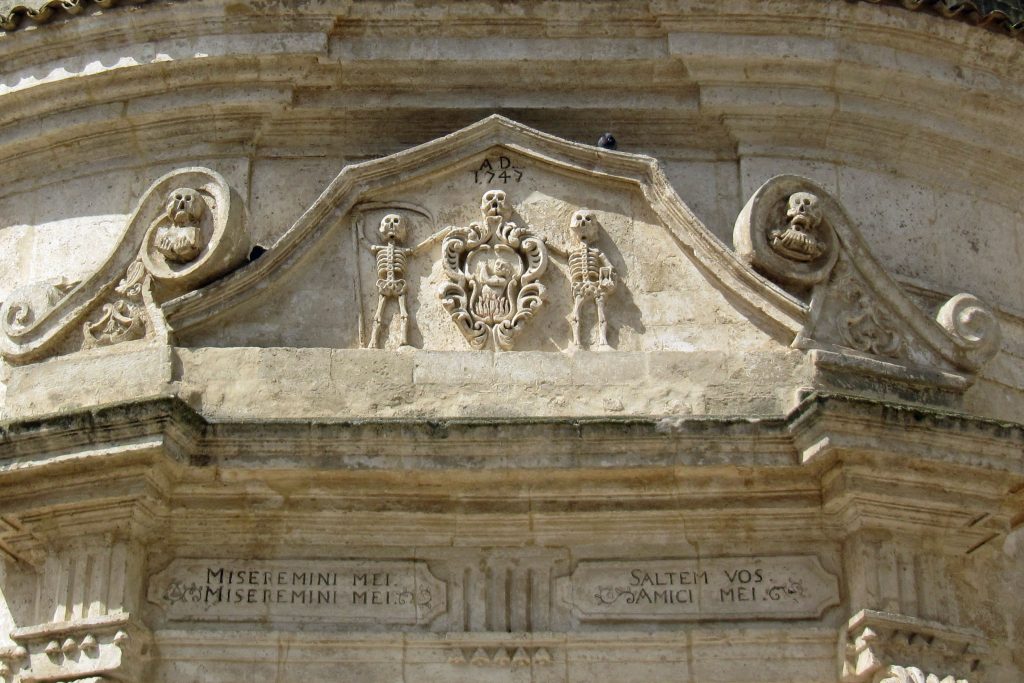 Meanwhile, ordinands in York Minster were given an unusual warm welcome. In the recently published Report and Annual Accounts 2016, Dean Vivienne Faull comments:

“A consequence of the Mystery Plays was that the entire Nave space was filled with a stage and tiered seating with entrances and exits on several levels. The memory of the Archbishop leading ordinands onto the stage having emerged from the ‘gates of hell’ will remain with many of us for some time!”

Also in the Minster’s Annual Report and Accounts was the following statement on the bell-ringing issue and the events last year:

“The very foundations of Chapter’s values of courage, trust and wisdom were shaken by the media storm which followed Chapter’s unanimous and difficult decision, taken in September, to cease bell-ringing at the Minster. This decision was taken in line with House of Bishops Policy on Safeguarding and followed a long period of consideration with Chapter having reviewed information from a multi-agency safeguarding investigation regarding one of the bell ringers. The decision was not taken lightly and with appropriate review of the potential risks, but the resulting fallout and media-storm was one which Chapter would not have created needlessly, nor was it fully anticipated, Chapter remain resolute that the decision taken was the right one and is committed to creating a safe working environment and one in which everyone feels both welcome and safe to discover God’s Love”.

Although this does not reveal anything that was not known before, it is useful in that it sets down the official position of Chapter and the circumstances leading to its decision in September.

And goodnight from him…

A Service of Thanksgiving for the Life and Work of Ronnie Corbett CBE will be held at Westminster Abbey at Noon on Wednesday 7th June 2017. The Abbey is working with Ronnie Corbett’s family and the BBC in planning the service; members of the public may apply to attend the service and can request up to 2 tickets each. Tickets are free. Apply here.

As we sipped our mid-morning covfefe earlier this week we began to wonder if we’d been mispronouncing it. Might it be “COHV-feef”? And could it, perhaps, be a form of action at common law of such obscurity that it had even evaded the scrutiny of Maitland? As Lord Denning might have said, “Whosoever commits covfefe or tavaré, be he ever so high…”