… but midday on 21st August had nothing to do with Brexit – or ecclesiastical law for that matter – unless it provides a segue into a reprise of one of our posts on bells, the closure of the Whitechapel bell foundry, or recent events at York Minster; Sullivan’s part-song The Long Day Closes had a degree of popularity at events of mourning, and was often sung at funerals of members of the D’Oyly Carte Opera Company. However, Frank’s And finally, below, places Monday’s media and political nonsense into context.

Brexit and the UK courts

On Wednesday, the Government published its position paper on post-Brexit relations between the UK and the Court of Justice of the European Union: we noted it briefly here.  The pledge to bring an end to “the direct jurisdiction of the Court” led critics to argue that the inclusion of the word “direct” leaves room for the CJEU to continue to influence UK jurisprudence. Tobias Lock has posted a helpful preliminary analysis on Verfassungsblog.

Also last week, the Government published Providing a cross-border civil judicial cooperation framework – a future partnership – which we steadfastly ignored on the basis that neither of us knows anything about the nuts-and-bolts of civil litigation. Steve Peers does, however; and he has posted a helpful explanation on the EU Law Analysis blog.

On Thursday, the Government published The exchange and protection of personal data: a future partnership paper, in which it sets out its proposals for data protection after Brexit. As we have noted previously, the EU General Data Protection Regulation will come into force before the UK leaves the EU – and compliance will be obligatory. The position paper appears to accept that, post-Brexit, the UK will have very little scope for deviations from the terms of the Regulation if it wishes to continue trading with the EU. As the paper observes:

“The GDPR will apply to processing of personal data that takes place in third countries outside of the EEA if it is related to the offering of goods or services to individuals in the EEA, or monitoring their behaviour. As such, UK businesses and public authorities may still be required to meet GDPR standards for their processing of EEA personal data following the date of withdrawal” [15: emphasis added].

So no surprise there, then.

Sparing the rod in Scotland?

Highlands and Islands Green MSP John Finnie, a former policeman, is consulting on the possibility of introducing a Children (Equal Protection from Assault) (Scotland) Bill into the Scottish Parliament to remove the defence of “justifiable assault” which allows parents to use physical punishment to admonish a child. The Herald reports that his consultation has attracted more than 650 responses from individuals and organisations and he claims that three in four respondents support abolition. Organisations backing his proposal include the Scottish Human Rights Commission, the Scottish Police Federation, Rape Crisis Scotland, the NSPCC and the Children and Young People’s Commissioner.

The Scottish Human Rights Commission’s Submission: proposed Children (Equal Protection from Assault) (Scotland) Bill recommends that an “explicit prohibition” be adopted in Scots law to put “beyond doubt” that the criminal law on assault equally applies to attacks on children “irrespective of how light it is and where it happens”, while the Scottish Police Federation argues that “In the longer-term, evidence suggests that [abolition] may reduce violence and bullying on and by our children.” The Christian Institute, on the other hand, argues that a change in the law would mean that parents who smack their children would be “rendered law-breakers overnight” and that “the overwhelming majority of people know there is a vast difference between child abuse and smacking”.

Mr Finnie said that he would reflect on the findings before deciding whether to seek the cross-party support of 18 MSPs to enable him to bring in the Bill. The Scottish Government has no current plans to legislate but has said that it does not support physical punishment of children and will “carefully consider” the proposal.

In Bano v Union of India & Ors S Ct 22 Aug 2017, the Supreme Court concluded by a majority of three to two that triple talaq divorce, pronounced by the husband, is invalid. The minority held that the practice is not unconstitutional; but they urged the Government to legislate on the matter within six months and would have imposed an interim interdict on the use of triple talaq during that period. One of the majority, Joseph J, concluded that triple talaq contravenes the basic tenets of the Quran and therefore violates sharia law.

The traditional stance of UK courts when adjudicating religious disputes has been that “The civil court does not resolve the religious dispute … Its role is more modest: it keeps the parties to their contract”: see Shergill & Ors v Khaira & Ors [2014] UKSC 33 at [45]. In Bano, however, Joseph J declared that

“… after the introduction of the 1937 Act [ie the Muslim Personal Law (Shariat) Application Act], no practice against the tenets of Quran is permissible … What is held to be bad in the Holy Quran cannot be good in Shariat and, in that sense, what is bad in theology is bad in law as well” [26: emphasis added].

Religion Clause carries a much longer note on the judgments.

Charges for entry to C of E churches and cathedrals

One of the Comments to the blog last week sought information on the underlying legislation, if any, which states that C of E parish churches are legally bound to admit visitors into the building without charge. Reference to our standard texts on ecclesiastical law, and a Google search drew a blank. We found that on 4 July 2013, Sir Tony Baldry, then Church Estates Commissioner had given a Written Answer on where charges were known to be in place, but there was no reference to any legislation. At that time nine cathedrals charged an entry fee, in addition to two of the “great parish churches”: St Bartholomew’s the Great in London Diocese and Holy Trinity Church, Stratford upon Avon in Coventry diocese, the resting place of William Shakespeare. He said “[both] the churches and cathedrals resort to charging primarily to recover the cost of repairing the fabric of the building due to the large volume of tourist visitors they receive”. 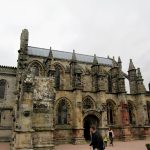 Elsewhere within the UK, a charge for entry is made at Rosslyn Chapel, originally known as the Collegiate Church of St Matthew, which is in the Edinburgh Diocese of the Scottish Episcopal Church. However, Rosslyn Chapel is privately owned and managed by the Rosslyn Chapel Trust. It receives a substantial number of visitors, further enhanced as a consequence 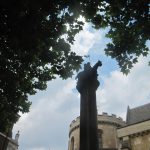 of its appearance in Dan Brown’s Da Vinci Code. Likewise, the Temple Church, London, was also featured: this is jointly owned by the Inner Temple and Middle Temple Inns of Court, and charges for entry.

We would greatly appreciate the assistance of readers who can shed further light on the extent to which charges may be made for entry to parish churches, and the underlying legislation.

…but are cathedrals charging too much?

Last week, Visit England published its report Visitor Attraction Trends in England 2016, which indicated that there had been a two-per-cent rise in the number of visitors to English sites in general in 2016 compared with 2015. In contrast, the number of visitors to places of worship fell by eight per cent. The report noted that the reduction in admissions for places of worship “was largely driven by a few big sites based in London”, and overall, London was the only region to report a drop, (-1%), and small attractions with 20,000 visits or less were also down by 1%. The Church Times (£) observed

“the steepest decline was at places of worship that charge for entry, the Visit England report states. Those that are free to visitors saw a decline in tourism of one per cent, whereas those that charge saw a 12-per-cent drop.

The average price of a ticket to visit a place of worship was £10.17, up 18 per cent on 2015. These figures are derived from a small sample, however — less than ten of the 61 places of worship included in the Visit England report charge a fee”.

However, despite the apparent correlation between entry charges and decrease in visitor number in churches and cathedrals, there was no evidence of causation; a detailed analysis is problematic due to the small sample size and other factors.

Premier reports that Stephen Pound MP (Lab, Ealing North), held a demonstration outside Parliament on Monday to protest against the silencing of the bells while remedial work is carried out to the Elizabeth Tower and the clock. Obviously a Betjeman fan, he said he was disappointed by the decision because the chimes were very symbolic.

“There’s something incredibly important within the fabric of the nation about being summoned by bells. You hear them on Sunday morning; you obviously hear the bells ringing out calling people to worship.”

Maybe: but the Westminster chimes don’t call people to worship: they mark the passing of time. And as Frank can confirm – having been up in the bell-chamber at noon on two occasions – the bells are quite deafening at close quarters.

(But it’s August, aka the silly season, so eat your heart out, Quasimodo.)

What would a church magazine letters page look like if the locals just wrote what they actually thought? Gary Alderson reveals all in… 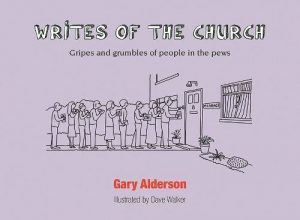 Further details on Amazon: To be published 22 September 2017, but copies of the book will be on sale in the Church House Bookshop tent at Greenbelt. The author and  the illustrator, Dave Walker, will be at the CH Bookshop for a book-signing session on Bank Holiday Monday, 28 August from 1.30 to 3.00.