In a cross-post – with permission – from his blog, Michael Sadgrove, Dean Emeritus of Durham, comments on the report of the Cathedrals Working Group 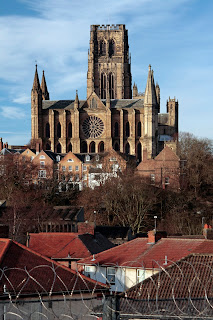 It is now out for consultation. I’d like to offer this blog as a contribution to that process.

I confess I had misgivings about setting up yet another review of cathedrals. My worry was that this process was a clear consequence of the much-publicised crises at Peterborough and Exeter Cathedrals. It would have been so easy for the Working Group’s debates to be driven by anxiety towards quick-fix solutions that would, hopefully, deal with the “problem” of cathedrals once and for all. Such imagined solutions, applied to institutions centuries old, would at best have been premature, and very probably, entirely wrong.

As a former cathedral dean, I am mightily relieved that this report, far from succumbing to those easy temptations, shows a great deal of theological intelligence and common sense. And it’s good that the report starts out on a robustly positive note. These amazing places” (writes the Chair of the Working Group, Adrian Newman, himself a former dean) incorporate everything the Church of England aspires to be in its best moments: congregations are growing and visitor numbers are remarkable; people on the edge of faith experience them as safe spaces to explore Christianity; they have become a focus for enquiry and activity in the public square, gathering places for communities at times of national crisis or celebration, and a crucial source of ‘bridging’ social capital at a time when darker forces threaten to fracture the social landscape.

There isn’t space for me to comment on every aspect of this wide-ranging review, so let me restrict myself to two key themes.

The Report makes a real attempt to offer some theological reflection on the nature of a cathedral as a church. It develops the idea of a “gathering place” in the sense that it is in the cathedral, the “seat”, that the bishop symbolically gathers the people of his or her diocese whether to celebrate the liturgy, teach the faith, care for the diocese and lead in mission. It recognises too that the cathedral has its own presidential “gathering” role in times of local or national celebration or lament, to bear witness to “public faith” and to keep memory alive. A mind tuned to Benedictine nuances might offer a word to complement this gathering function, hospitality.

But I don’t think this introductory section quite cracks the ecclesiological question, what is a cathedral? It’s good that it doesn’t fall for the “parish church plus plus” idea that a cathedral is simply a local church on a bigger scale. Here and there it uses the word congregation, for example in relation to one area of growth in cathedral life, midweek services. But this is precisely where congregation is not a helpful idea. Many, and in some places most, of those who attend midweek services such as evensong are not remotely part of a resident assembly of worshippers, a congregation; rather, they are transient, visitors who happen to be in the building at the right time, or pilgrims who have made the journey specifically to attend a one-off act of worship. Even those who assemble for the principal Sunday service, attended as it often is by guests from other worshipping communities, not to mention visitors who have stumbled unexpectedly on an act of worship and stay for it, is not really a “congregation” in the parochial sense.

What word might we use then? I’ve suggested elsewhere that we might liken a cathedral to a religious community or monastery, one of the six ecclesial identities explored by Peter Atkinson in a recent book and referenced in the report. This emphasises the role of the foundation whose primary calling is to perform the cathedral’s daily cycle of praise and prayer through the offices and the eucharist. So those who attend these acts of worship would be more like a community of oblates or a third order belonging to the monastery. They associate to the cathedral’s rule of life and, to the extent that they wish or can, make it their own. This model needs a lot of drawing out, but I’m persuaded that it would free the cathedral from having to fulfil the expectations of a parish congregation and instead, live out a different ecclesiology that, alongside parishes, would enrich the life of the whole church. Maybe the next iteration of the Report might explore this.

The problems at Peterborough were largely explained as a result of poor governance and management. I blogged about this a year ago when the Bishop’s visitation charge had just been published. I pointed out how the Cathedrals Measure already provided an ample framework for good governance, safeguarding both the principle of chapter accountability and the participation of the bishop in the governance structures. It was not a question, I wrote, of revising the legislative provisions but simply of making sure that those with responsibility tasked by the legislation were doing their jobs properly. No governance structure is better than the people who have to implement it.

I feared that this report might be over-hasty in increasing the powers of both bishop and cathedral council in the direct “ordinary” governance of the cathedral. (The bishop’s role as visitor remains unchanged.) But it has done neither. Indeed, to my surprise, the jurisdiction of the council over the chapter as holding its accountability is abolished, and its role reconstituted to that of a stakeholder body of friends and advisors. (The statutory role of the college of canons is also written out, other than for the election of the bishop.) So the cathedral’s “corporate body” or legal entity is reduced to the chapter alone (which is as it was before the Cathedrals Measure, though then, unlike now, chapters did not include lay people, whereas in the new proposals there will always be a majority of independent lay members, one of whom will be the bishop’s appointee as vice-chair).

I am clear that it has always been right to see the chapter as holding formal legal responsibility for every aspect of the cathedral’s life, and to regard members as holding trustee responsibility for it. Many of my fellow deans never liked cathedral councils and found that they contributed little to the flourishing of the cathedral. I have to say that this was not my experience in the two cathedrals where I was dean. Especially in Durham, the council took its accountability and scrutiny role very seriously, and this was a good discipline for the chapter when it came to preparing the budget, the annual report and accounts, and the strategic plan. Without a council to report to, where will the chapter be accountable, I wonder? I guess that in practice, the audit committee would perform the role of making sure that there is an effective internal dialogue in the cathedral, and the capacity for rigorous self-criticism. But it will be harder for a committee of the chapter to do this than for a body that sits above it, whose chair is the bishop’s appointee and at which the bishop is an attender.

I want to add that I am pleased with the recommendation that cathedrals should be subject to the jurisdiction of the Charity Commission. The role of the Church Commissioners in relation to cathedrals’ legal financial framework has always been unclear, not to say anomalous. I am also pleased that parish church cathedrals will at last be brought fully into the legislation, a task that the Cathedrals Measure left unfinished. I argued the case for doing this in 2006, in an essay in Dreaming Spires: Cathedrals in a New Age (edited by Stephen Platten and Christopher Lewis). But be warned! It may be a lot easier to hold the aspiration than deliver the reality.

The Report proposes a senior executive team to perform the management functions of the cathedral, thus freeing the chapter to focus exclusively on governance, leadership, strategy, risk and managing change. In Durham, we worked hard on this; indeed, one of my chapter colleagues would alert us when we were sliding into operations by asking grumpily, “what is this doing on the chapter’s agenda, and why are we discussing it?” However, even if the senior executive team met monthly, I doubt that a chapter could get away with meeting only once a quarter. The university governing body I belonged to met every two months and this seemed about right. The executive met each week. With the degree of legislative compliance that now falls to every public institution, not to mention the sheer complexity of cathedrals, I think the pattern of meetings will need to be very versatile according to circumstances.

The Report has helpful recommendations about finance, major building projects and safeguarding. Maybe I’ll return to those in a future blog. For now, I simply want to underline one recommendation that could be in danger of getting lost in the detail. It’s number lxiv (yes, Roman numerals!): The NCIs (National Church Institutions) and AEC (Association of English Cathedrals) should work jointly on an approach to Government and large philanthropic organisations with the aim of establishing a significant, possibly endowment-based, cathedral fabric fund for the UK. While cathedrals are grateful for the funding that comes their way through the Heritage Lottery Fund and the Chancellor’s two recent tranches of funding to mark the centenary of the Great War, it is nowhere near enough to safeguard and develop these marvellous buildings that belong to the built heritage of the nation. If cathedrals are to be realistically supported in the future, and continue to open their doors to millions of visitors, this is an essential requirement. There is a clear need for a strategy to deliver such an outcome. I’d hoped that the Report would take this further than it does. So a great deal of work (and I’d say, urgent work) needs to be done to take this recommendation much much further.

And finally, will the phrase Dean and Chapter, that historic, familiar and much-loved phrase in England, be restored as a legal designation of the cathedral’s governing body, please? It was unkind and unnecessary of the Cathedrals Measure to excise it.

Thank you to those who are serving on the Review Group and have worked hard to present these well-thought-out proposals. They deserve to be welcomed by cathedrals. I look forward to what will emerge from this consultation period and hope that this is a helpful discussion-starter in respect of some of the matters covered in the Report. 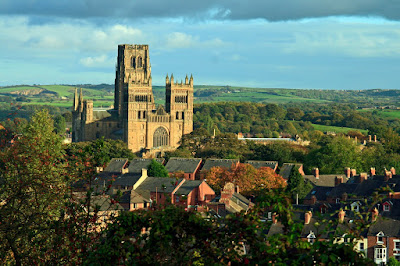