“It’s been a quiet week in Lake Wobegon…”, so what follows is just odds & ends

After the Government’s announcement that it would bring forward legislation to reform the law of England and Wales on “fault” in divorce proceedings, the next big issue in family law looks like being property and other rights for cohabiting couples.

The recently-retired President of the Family Division, Sir James Munby, is reported in The Times(£) as saying that the absence of legal rights for long-term unmarried couples is the next “long-standing injustice” due for reform. Pointing out that many couples who split after years together incorrectly believe that they have the same rights as married couples – the dreaded “common law marriage” myth – he argued that there is a “long-recognised need to safeguard the interests of long-term unmarried couples, a reform proposed by the Law Commission but largely ignored by successive governments”. In a speech at Edinburgh University in March, Sir James said that the injustice of the lack of rights for long-term cohabitants had been recognised “almost as long as I have been in the law”:

“Reform is desperately needed. The Law Commission has recommended reform. Thus far governments have failed to act. Reform is inevitable. It is inconceivable that society will not in due course have righted this injustice.”

At a subsequent debate hosted by The Times, Sir Paul Coleridge, chairman of the Marriage Foundation and a former High Court judge, told the audience that marriage was not made more attractive to the disaffected “by encasing it in divorce and marriage laws which have their roots in Victorian Britain”. He advocated several reforms: civil partnerships for all, pre-nuptial contracts and changes to the law on financial arrangements on divorce — both “long overdue for proper attention by Parliament” — and rights for long-term cohabitants.

We posted links to the transcript of the day’s proceedings, the presentations and associated material. The second seminar will be held on 30 April 2019, at which the Inquiry will consider the arguments for and against the introduction of mandatory reporting legislation in England and Wales and the practical considerations involved in introducing such a law.

As we noted earlier in the month, however, the Government is unenthused.

In addition to rebuilding the Ecclesiastical Law Association website, this month Ray Hemingray has summarized a bumper crop of recent consistory court judgments. Notes on these will be posted in L&RUK next week, in addition to links to the latest determinations of the Cathedrals Fabric Commission for England (CFCE) and two recent requests to the Environment Agency for bespoke application for an environmental permit under the Environmental Permitting (England and Wales) Regulations 2016.

The disposal of 0.05 – 0.17 cubic metres per day of untreated waste water into churchyards via a trench arch system will be of limited interest to many, important though this is for these and similar applications. However, readers may be intrigued by the circumstances leading to the ending of the “inappropriately comedic ‘three-point turn’“ in the crowded Chancel area that had been forced on undertakers as the coffin was brought in and removed from church, Re St John the Baptist Bamford and Derwent; the Chancellor’s criticism of the Georgian Group’s dismissive approach to the need for an “eating area”, Re St John the Baptist Hillmorton [20]:

“In my judgment that view fails to appreciate what is necessary if the church is to carry out its work in the modern world. The provision of refreshments of at least a modest level and of space for those who have attended worship to talk to each other after the services is an important part of making the church fit for its rôle”;

and the case of the building which “managed to wriggle out of the Faculty jurisdiction notice by, it would seem, keeping its head down over the years”, Re the Mariners Church Gloucester.

On 4th September 2018, the Diocese of Oxford posted a notice of a clergy vacancy for the Vicar of St Barnabas and St Paul, with St Thomas the Martyr, Oxford, which stated that Keble College and Christ Church as patrons, in conjunction with the Bishop of Oxford, “wish to appoint a parish priest to this historic benefice in the heart of Oxford”. By 27th September, this had reached the attention of the BBC (and others), the Beeb running a story, Male only vicar job advert ‘misogynistic’, based upon the comments of a local councillor. The Oxford Mail has a fairly long report: Vacancy at St Barnabas and St Paul with St Thomas the Martyr, Oxford – but women can’t apply. Those cognizant of the procedures of appointing clergy in the Church of England will be puzzled by these comments because the PCC and diocese appear to have followed the correct procedures. For others, perhaps there is scope for an explanatory post.

The legislation associated with the naming of children is a recurring theme in our readers’’ queries and comments posts, on which we posted Naming Children: England and Wales, 2013, (140815) in relation to the data released by the Office of National Statistics in 2014. It’s that time of year again, and the Catholic Herald and others have focussed on the fact that that seven baby boys were named Lucifer in England and Wales in 2017, an increase on the five children so named last year. For those more interested in the basic data rather the response of a limited number of parents to a television show, the Netflix, the ONS data for England and Wales for baby name statistics are here. These compiled from the first names recorded when live births are registered in England and Wales as part of civil registration, a legal requirement. The corresponding data for Scotland are here, and Northern Ireland, here.

The Scottish Catholic Observer reports that flying the Vatican flag in a “provocative manner” could be a criminal act according to an official Police Scotland list of flags which could be deemed a criminal offence to display. The document issued to police officers —obtained by the Herald on Sunday using Freedom of Information legislation — includes pictures of symbols and flags which “if flown in a provocative manner” could potentially be viewed as a crime.

Police Scotland provided the list to officers tasked with overseeing DUP leader Arlene Foster’s visit to Fife in June for an Orange Order event. It includes flags “which are potentially criminal to display, contains short descriptions of the significance of each flag and references armed struggles and the perceived links to sectarianism”; in addition to the Vatican flag, it includes the flags of Israel and Palestine, the Irish Tricolour and Basque and Catalan flags.

The restricted police document states: “Whilst the display of the following flags is not an offence, in itself, if flown or displayed in a provocative manner or altered, constitute a common law Breach of the Peace or an offence under Section 38 of the Criminal Justice and Licensing (Scotland) Act 2000 … If they are altered to contain a reference to a proscribed organisation they may constitute an offence under Section 13 of the Terrorism Act 2000 … Irrespective of the above, the possession of these flags within a football ground may constitute a breach of ground regulations”.

However, when Justice Secretary Humza Yousaf was approached for a comment on the issue, a Scottish Government spokesman gave the less helpful comment: “It is not an offence to fly the flag of the Vatican or any other country”.

With thanks to Eccles@BruvverEccles for alerting us to the story. 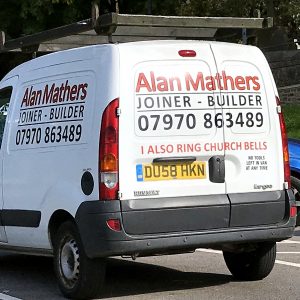