Another very quiet week when – coincidentally – we’re both on holiday…

“Gay cakes” off the menu in Northern Ireland

The big news of the week – indeed, about the only news worth reporting – was the Supreme Court’s judgment in Lee v Ashers Baking Company Ltd & Ors (Northern Ireland) [2018] UKSC 49 – which we duly noted here.

The judgment came as something of a surprise to many – not excluding ourselves – and the Equality Commission for Northern Ireland expressed itself as “disappointed” with the outcome. Its Chief Commissioner, Dr Michael Wardlow, said that the Commission would have to look carefully at the implications of the judgment:

“There is a concern that this judgment may raise uncertainty about the application of equality law in the commercial sphere, both about what businesses can do and what customers may expect; and that the beliefs of business owners may take precedence over a customer’s equality rights, which in our view is contrary to what the legislature intended.”

According to the Church Times, the plaintiff, Gareth Lee, said that he was considering his options – which could include an appeal to the European Court of Human Rights.

Other reactions were mixed. Stonewall described the judgment as “a backward step for equality”, while Jonathan Cooper of Doughty Street Chambers called it “grim”. Peter Tatchell, on the other hand, said on BBC Radio 4 that it was “a victory for freedom of expression” – he expands on this theme in a guest post on RightsInfo: Supreme Court Ruling is ‘Victory for Freedom of Expression’ – while Karon Monaghan QC asks in a Twitter thread, “Am I the only person who thinks Ashers (gay cake) was correctly decided?”

There has already been a good deal of legal comment:

In 2015, Dr Katarzyna Jachimowicz, a Roman Catholic, was sacked from her job at a GP clinic in the municipality of Sauherad because she refused to insert intrauterine devices (IUDs) into patients on the grounds that they can act as abortifacients and that performing a procedure that could result in abortion was contrary to her Christian faith. During her initial interview for the post, she had informed the clinic about her conscientious reservations to the procedure and she claimed that those reservations were part of the agreement she subsequently signed with the municipality.

According to Norway Today, the Supreme Court held that “a binding agreement regarding the employment of Jachimowicz was signed, which included an acceptance of her conscience reservations” – and found in her favour.

As we mentioned in relation to the latest Canadian hijab case, El-Alloul c Québec (Attorney General) & Ors 2018 QCCA 1610, the incoming Premier of Québec, François Legault, wants to ban some public employees – civil servants, judges, prosecutors, police officers and teachers – from wearing religious symbols such as a hijab or kippa.

CBC reports, however, that his proposed ban does not extend to removing the crucifix that hangs above the Speaker’s chair in the Assemblée Nationale. The crucifix was installed in 1936 and a Government-commissioned report into secularism and identity issues recommended in 2008 that it be removed – but it is still hanging there. Legault believes that it is a historical symbol, not a religious one: the same argument as that advanced by the Italian Government – successfully, as it turned out – in Lautsi and Ors v Italy [2011] ECHR 2412. 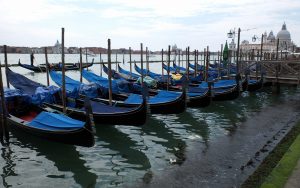