Review of the ecclesiastical court judgments during March 2019

This first part round-up of the March consistory court judgments includes determinations on:

Part 2 of this round-up includes reviews of the recent judgments on:

and links to other posts relating to ecclesiastical law.

Re St. Wilfrid Barrow on Trent [2019] ECC Der 1 A major reordering of the Grade I church was proposed, including: a new timber floor with under-floor heating; a new ringing floor and glass screening to the tower; replacement of the pews with light-weight metal-framed chairs with wooden seats and backs; kitchenette and storage facilities; new lighting and audio-visual equipment, [6 (a) to (u)]. “If implemented, the scheme will provide an open and flexible multi-use space in what is at the moment an area suitable only for worship, with modern heating and other services, and reduce dampness in the walls and elsewhere” [7].

[43]. … the picture of general decline, ending in closure of St Wilfrid’s as a place of regular worship, as it has been for many centuries, has been made out by the petitioners, who have been planning to avert that outcome since at least 2013… I am satisfied they have shown that that outcome is inevitable unless radical steps can be taken to make the building more usable, and indeed much better used.

“[45]. … The petitioners and PCC have faced the challenge imaginatively, over a long period of time, and presented an imaginative and creative solution. They will have to continue to pursue their goals with determination and energy, if the proposals are to be carried to a successful conclusion in the long term. However I am satisfied that I ought to grant a faculty in accordance with the outline below”.

Re St. Matthew Chapel Allerton [2018] ECC Lee 2 The proposed reordering included re-plastering and redecoration; reordering of the west end of the nave by the creation of an enclosed, separately heated, community area and associated kitchen facilities; re-location of the font; relocation of a memorial; removal of the rear row of nave pews; and the addition of glass doors at the main entrance of the Church [2,3]. The Diocesan Advisory Committee recommended approval of the works although it also certified that the works were likely to affect the character of the Church as a building of special architectural or historic interest.

Agreeing that there is likely to be such an impact the Chancellor observed “[t]he works would make a not insignificant alteration in the appearance of the west end of the nave. That part of this late Victorian church will contain a twenty-first century structure consisting of glass walls and wood-clad supports”. The Victorian Society maintained the proposed meeting room at the West end of the church would not harmonise with the rest of the building; however, there would be no real impact on the appearance of the church’s exterior by any of the works, save in that the porch at the main entrance would have glass doors.

However, the Deputy Chancellor determined that the petitioners had made a clear and convincing justification for the proposed works. He accordingly granted a faculty. [Re St. Matthew Chapel Allerton [2018] ECC Lee 2] [Back] [Top].

Re St. James Swarkestone [2019] ECC Der 2 The petitioners sought permission to make changes affecting the interior and exterior of this Grade II* church, which stands in an isolated position within a conservation area. The proposals included an extension to provide an accessible WC and external door lobby and adaptations to the existing meeting area (formerly a vestry) to include a kitchen, separated off by glazed screens from the rest of the church. A water supply and sewerage system were required [6]. The Chancellor commented:

“[7]. It all seems relatively straightforward in principle, the most surprising feature being the truly eye-watering cost of £180000 that this small church is apparently able and willing to commit to these modest changes”.

Applying Re St. Alkmund, Duffield [2013] Fam 158, on questions 1 and 3, he accepted there was some harm to the significance of the listed building by each of the proposed areas of change, but was clear that it is ‘Low’ [35]. On the justification, he accepted the reasons for the upgrading or addition of these facilities have not been spelled out in great detail by the petitioners: “what is to be achieved, is to a large extent, self-evident…despite the fact worshippers and visitors have managed without toilet facilities for around 140 years or more since the last major re-ordering, that is quite long enough” [36]. He was satisfied that the proposals were desirable and appropriate for the church and granted a faculty. [Re St. James Swarkestone [2019] ECC Der 2] [Back] [Top] 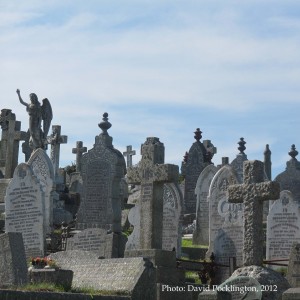 Re Landican Cemetery [2019] ECC Chr 2* The petitioner, Mrs AB, wished to exhume the body of her still-born son, D, who was buried in an oak coffin in the cemetery in 1991, and to have the remains cremated and the ashes placed in a designated rose garden area at Landican Cemetery, where the remains of her mother and brother had been placed. The petitioner’s former partner, Mr JK, opposed the exhumation, claiming to be the father of the child and the owner of rights of burial in the grave, whereas the petitioner claimed that he was not the father, and that she had conceived the child as the result of a relationship with another man during a brief separation of the petitioner and her former partner. There were allegations on both sides of interference with items placed on the grave. The Chancellor, HH David Turner QC, commented:

“[61]. The Court of Arches in Blagdon set out a number of instances of matters (including, for example, where a ‘mistake’ has been made) which could be capable of amounting to special circumstances justifying exhumation.

[63]. At paragraph 13 of the latter, Eyre Ch. said: ‘Each case must be considered on its particular circumstances with the court remembering the force of the presumption of permanence and taking care not lightly to regard considerations of distress as being exceptional circumstances for these purposes.’”

The Chancellor “found neither party to be an entirely reliable witness or historian of events. At various points, there was a selective vagueness apparent which made the attempt at fact finding tricky” [91]. He said:

“[104]. It was far from clear to me that the ‘rose garden’ option would, in any event, bring the conflict between these parties to an end and, having heard from JK’s wife, I cannot pretend that I was not left very anxious indeed about the impact upon his (reportedly improving) mental health of permitting exhumation.

“[107]. The balance of factors leads me to conclude exhumation is unnecessary. Too much time has elapsed. The unreasonableness of any misconduct here (on either side) is not, in this case, of an order which I conclude displaces the presumption of permanence in burial.”

He further encouraged the parties, with the help of the cemetery manager, to reach an agreement about the future care of the grave. [Re Landican Cemetery [2019] ECC Chr 2] [Back] [Top]

Re St. John the Baptist Felixstowe [2019] ECC SEI 2 The petitioner sought permission to allow the exhumation of the cremated remains of her late husband from Felixstowe Cemetery so that at her death they may be scattered with hers at the seashore of a favourite location of theirs within the Diocese at Felixstowe. Since her husband’s cremated remains were interred in 1992, “at first blush the application may seem to be one that would be very difficult to grant. However, on closer examination of the facts, [the Chancellor] found there are a number of exceptions, including a particular and justified sense of expectation for this lady, that explain this otherwise unusual course” ]2].

In granting the petition, the Chancellor concluded:

“[11]. I have the reached the decision firmly that this is a case where the usual rule that Christian burial in a churchyard or cemetery that is consecrated and under the jurisdiction of the Consistory Court is permanent should not apply here.

Apart from the fact that what I am going to permit to happen is what both husband and wife always wanted to happen, and that [the petitioner] was acting under a genuine misapprehension as to the true position both in fact and in law (as were others) it would in my judgment be wholly wrong to frustrate a project both she and her husband formulated many years ago and which she thought had been approved appropriately by authority, when she is now nearly 98 years old and wishes to complete something she cherishes as her final duty to her late husband and to have peace in her mind about this before she herself passes away”.

The Chancellor, in the very special circumstances of this case, decided to treat this as an exceptional situation where he felt justified in granting a faculty. [Re St. John the Baptist Felixstowe [2019] ECC SEI 2] [Back] [Top]. 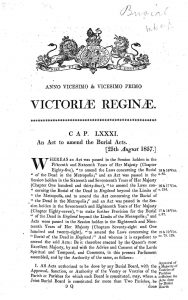 Re St. James Shaftesbury [2019] ECC Sal 1* The petitioners wished to exhume the cremated remains of their mother from the grave of her parents in one part of the churchyard and reinter them with the remains of the petitioners’ father in another part of the same churchyard. Their father had expressed a wish to be buried with his wife, but the petitioners felt there would be difficulties in interring their father’s ashes into the grave containing the remains of their mother and her parents. The incumbent of the parish confirmed that there was no practical reason why the remains could not be buried in the existing family grave, but pointed to the pastoral concern which arises from the petitioner’s otherwise unexplained view that it would be “problematic” [6].

The Chancellor could find no special reasons for allowing exhumation. It would be possible to inter the ashes of the petitioners’ father in the existing grave where his wife’s remains were interred, thus fulfilling his wishes. Although there was insufficient space on the existing memorial to add the petitioners’ father’s name and dates of birth and death, the petitioners could lay a plaque in memory of their father on the grave, or else replace the existing memorial with a new one containing inscriptions in respect of the four people whose remains were interred in the grave. The petition was dismissed. [Re St. James Shaftesbury [2019] ECC Sal 1] [Back] [Top]

Notes on the conventions used in these posts are summarized here.