And it’s Boris Johnson. But apart from that…

They think it’s all over…

… or that’s how most of the media reported the 182-37 vote in the Lords on 17 July in support of amendments to the Northern Ireland (Executive Formation) Bill 2017-19, the effect of which would be to oblige the Westminster Government to bring forward legislative proposals to reform Northern Ireland’s abortion law and to make provision for same-sex marriage unless a Northern Ireland Executive is formed before 21 October 2019. However, as we noted, the Commons considered Lords Amendments on 18 July and the Bill returned to the Lords on 22 July for consideration of a Commons Amendment.

On Monday this week, the Government tabled a motion in the Lords to disagree with Commons Amendment 1A to Lords Amendment 1 – and peers voted against it by 260 to 146. The Constitution Unit at UCL noted that this may be the first time in 20 years that the Government has attempted to reverse a Commons defeat in the Lords. Royal Assent to the Northern Ireland (Executive Formation) Act 2019 was given on 24 July: the text of the Act is here.

New appointments to the Supreme Court

One of Theresa May’s last acts as Prime Minister was to announce that on 11 January 2020 Lord Reed will succeed Baroness Hale of Richmond as President of the Supreme Court. In addition, three further appointments were announced: Lord Justice Hamblen, Lord Justice Leggatt and Professor Andrew Burrows, who will join the Court on 13 January, 21 April and 2 June 2020, respectively. And on Wednesday, a small piece of history was made when, for the first time, Lord Lloyd-Jones JSC read part of a judgment in Welsh at a sitting of the Court in the Tŷ Hywel building in Cardiff.

Independent advisers on antisemitism and Islamophobia

And on Tuesday there were two further “legacy” appointments. Mrs May appointed Labour MP John Mann, who chairs the All-Party Parliamentary Group Against Antisemitism, as an independent adviser to the Ministry for Housing, Communities and Local Government on the most effective methods to tackle antisemitism. He will also collaborate with Lord Pickles, the UK’s Special Envoy for Post-Holocaust Issues, and Lord Ahmad of Wimbledon, the Special Envoy for Freedom of Religion and Belief, to ensure a consistent approach. She also appointed Imam Qari Asim MBE, Deputy Chair of the Anti-Muslim Hatred Working Group, to advise the Government on a definition of Islamophobia, building on the definitions currently being considered, including the one used by the All-Party Parliamentary Group. It will also draw on a wide range of opinions and work in close collaboration with the cross-Government Anti-Muslim Hatred Working Group to ensure that it commands broad support within Muslim communities and wider society. Imam Asim will be joined by a second adviser to be confirmed in due course.

Minister for Faith no more

On Friday, Lord (Nick) Bourne of Aberystwyth resigned from the Government, having been offered the opportunity to carry on as Minister for Faith at MHCLG and Parliamentary Under Secretary at the Wales Office. He tweeted

“I have resigned for the first time in my life and it is from a job which I really love and enjoy and which I had just been offered once more; but I cannot accept a no deal on Oct 31st and so I go…”

The Law Commission of England & Wales and the Scottish Law Commission have extended the consultation on Building families through surrogacy: a new law until 11 October.

On 23 July, the Children’s Funeral Fund for England was launched; through the scheme, funeral providers will be able to claim burial or cremation costs directly, as well as a contribution towards the cost of a coffin, so that parents do not need to worry about managing these expenses. Parents can also claim directly from the scheme if they choose not to use a funeral director. The scheme, which was first announced on 31 March 2018, is reviewed in an earlier post – and, for an overview, see the link below.

Bells and the law

In our February 2018 post Church bells and the law – I, we examined some of the complexities and uncertainties within the legislation relating to church bells, the majority of which relates to statutory legislation and common law rather than to ecclesiastical law. It ranks as #5 in our most-read posts over the last year, and in view of the interest shown, we are in the process of revising and updating the information.

It is pertinent, therefore, to note the article in The Times (£) entitled Tourists in a ding dong over town hall bells. The problems will be familiar to PCCs – complaints that the 120-year-old clock strikes on the quarters, both day and night. This was one of the “Jubilee Clocks” that were donated to churches and public buildings throughout the British Empire to mark the golden or the diamond jubilee of Queen Victoria. As with church clocks, complaints (and those assessing them) are essentially subjective and quite difficult to rebut.

On Monday, Norfolk County Councillors debated a motion to remove prayers from the Council Chamber ahead of full County Council meetings. Network Norfolk reported that the motion was tabled by Independent Councillor Mick Castle and supported in the media by the National Secular Society; it proposed that instead of prayers held in the Council Chamber before Norfolk County Council meetings, a short multi-faith service should be held in an alternative room for those who wish to attend.

County Councillor Thomas Smith, a Methodist Local Preacher, said “Being Norfolk County Councillors, we are much more inclined to listen to the voices of our residents who want their elected officials to show good manners and respect for our traditions, than people who want to come up from London and tell us what to do to satisfy their pet prejudices.” Of the 74 councillors in the chamber, fifteen voted in favour of the motion, seven abstained and the remainder opposed the motion.

Meanwhile, in Brighton and Hove, on taking up her mayoral duties, Cllr Alex Phillips (Green Party) plans for all future Full Council meetings to commence with young people reading poems of their choice or ones that they have written themselves.

As we previously noted, in June, Quebec’s Assemblée Nationale passed Bill 21, the “Loi sur la laïcité de l’État /  An Act respecting the laicity of the State”, banning certain public servants in positions of authority from wearing “clothing, symbol, jewelry, ornament, accessory or headgear that is worn in connection with a religious conviction or belief and can reasonably be considered as referring to a religious affiliation.”

On 18 July, in Hak c Procureure générale du Québec, 2019 QCCS 2989 (CanLII), the Superior Court rejected an application to “stay the operation of Sections 6 and 8 of the Act respecting the laicity of the State, SQ 2019, c.12, pending a final determination on the merits of the Application for Judicial Review, and notwithstanding appeal” [12]. The Court summarised its reasons for rejecting the application for a stay as follows:

Therefore, the Loi sur la laïcité de l’État would continue in force, pending the judgment on merits in the judicial review application [148].

In Aryeh-Bain v Canada (Attorney General) 2019 FC 964, two Orthodox Jews petitioned the Federal Court: the court of first instance that hears cases involving federal statutes, as opposed to provincial ones. A federal general election is scheduled for 21 October, which will coincide with the High Holy Day of Shemini Atzeret. That would mean that Ms Aryeh-Bain, a candidate in the election, would have to refrain from voting and campaigning during that period and the other petitioner, Mr Walfish, (as well as an estimated 75,000 Orthodox Jewish voters) would be unable to vote. They sought judicial review of the refusal of the Chief Electoral Officer of Canada (CEO) to exercise his discretion to recommend a change in the date, arguing that the CEO had not properly considered their rights under the Charter of Rights and Freedoms.

McDonald J noted that it was not for the Court to consider an appropriate date for the federal election:

“Rather, this Court is only concerned with whether the CEO properly balanced the statutory objectives with Charter rights and values. Where, as here, the record is silent on how the CEO considered and balanced the Charter issues, it is impossible for the Court to determine if the balancing was proportionate … Simply put, the record does not disclose the necessary balancing of rights and freedoms in relation to the statutory objectives. The result is a disproportionate outcome that does not protect Charter values as fully as possible in light of those statutory objectives” [64].

She granted the application for judicial review and remitted the matter to the CEO “for a redetermination that reflects a proportionate balancing of the Charter rights with the statutory mandate” [69]. [With thanks to Howard Friedman.]

Whilst acknowledging the necessity for any organization to develop a “House Style” for use in its communications, such as the comprehensive guidance issued by the Oxford University Press, the missive from a recently-promoted MP appears to have had the effect of a diversionary tactic rather than a serious attempt at unifying departmental image and style. At L&RUK, in the interests of consistency in the citation of judgments and overall presentation of posts, we have developed a house style which – we hope – meets these requirements. Guest Posts and Comments on L&RUK articles are posted “as submitted”, subject to our General Terms & Conditions. 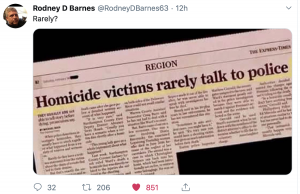 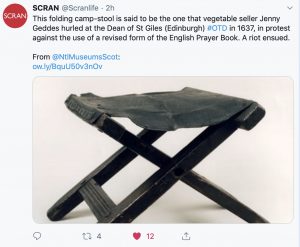 Foreign Travel Advice from the FCO for visitors to Jordan: “University graduation ceremonies are taking place in Jordan during the weekend of 25-27 July; gunfire (joyful firing) and erratic driving may result”.