In Hope Community Church (Wymondham) v Phelan & Ors [2020] EWHC 1240 (Ch), the issue before the Court was whether or not Hope Community Church had the right to convert the lease on its church premises in Wymondham into a freehold, pursuant to s.1 Places of Worship (Enfranchisement) Act 1920, as amended: “An Act to authorise the Enfranchisement of the Sites of Places of Worship held under Lease.” Falk J observed at [12] that ‘It is fair to say that the 1920 Act is a little encountered piece of legislation, with just one known contested High Court case, Stradling v Higgins [1932] Ch 143″ – and she certainly wasn’t wrong there.

The claimant church was a private company limited by guarantee and a registered charity [3]. The defendants, the Phelan brothers, acted in their capacity as trustees of the pension fund related to their family business, Phelan Plant Hire [3]. The church had leased the premises, which had previously been used as a workshop, from Phelan Plant Hire and had spent about £850,000 on refurbishments, including a new roof [10]. The church wanted to convert its lease into a freehold: the Phelan family ‘[did] not wish to part with it” [4].

The Places of Worship (Enfranchisement) Act 1920 had been the result of the Report of the Select Committee on Town Holdings in 1889, which had noted the difficulties of Nonconformist Churches in obtaining secure tenure of their chapels and schools and had recommended that all religious bodies should be enabled to obtain secure tenure [13]. S.1(1) of the Act (as amended) reads as follows:

“(1) Where premises held under a lease to which this Act applies are held upon trust to be used for the purposes of a place of worship or, in connexion with a place of worship, for the purpose of a minister’s house, whether in conjunction with other purposes or not, and the premises are being used in accordance with the terms of the trust, the trustees, notwithstanding any agreement to the contrary (not being an agreement against the enlargement of the leasehold interest into a freehold contained in a lease granted or made before the passing of this Act), shall have the right as incident to their leasehold interest to enlarge that interest into a fee simple, and for that purpose to acquire the freehold and all intermediate reversions…”

S.5 defines “place of worship” as “any church, chapel, or other building used for public religious worship, and includes a burial ground, Sunday or Sabbath school or caretaker’s house attached to or used in connexion with and held upon the same trusts as a place of worship” and defines “trustees” as “the persons in whom the leasehold premises are for the time being vested for the purposes of a place of worship or minister’s house under any trust whether express or implied and includes their predecessors in title” [22].

In 2015, the Church entered into a 30-year lease under which

“The property demised will, as a result of this lease be held by (or in trust for) Hope Community Church (Wymondham) a non-exempt charity, and the restrictions on disposition imposed by sections [117] to 121 of the Charities 2011 will apply to the land (subject to section 117(3) of that Act) [5 & 6]” and “Authorised Use” meant “as a church and community centre with ancillary offices, including as a place of worship, concert hall, indoor/outdoor sports, restaurant/coffee shop, non-residential education and training, business use and storage or for any other purpose within Use Classes B1, D1 or D2 subject to obtaining the prior written consent of the Landlord (such consent not to be unreasonably withheld or delayed);” [7].

It was not disputed that the premises had at all material times been used as a church and that religious services were open to the public. It was also used as a local community centre, providing outreach activities for local residents [8].

For the claimants, it was argued that references in the 1920 Act “trust” and cognate expressions should not be construed as limited to trusts in the strict legal sense of a charitable trust constituted by a trust deed but should be taken as including charitable corporations that, in a “broad sense”, held property on trust to be used for public worship [31]. The defendants argued that the 1920 Act required a trust in the strict sense and that, in the present case, no such trust existed. Because the effect of the Act was to expropriate property, should not be given a liberal interpretation [32].

It was not disputed that the Church did not hold its assets on trust in the strict sense: it was the beneficial owner of its assets and the terms of the lease did not alter that [60], but the church was required to comply with its charitable objects, as set out in clause 3 of its Memorandum of Association and its members did not have rights to its assets or funds, either while the church existed or on dissolution [61].

Interpreting the 1920 Act as limited to trusts in the strict sense would not be interpreting it in a way that best gave effect to its purpose as discerned from the legislation (and taking account of the Town Holdings Report) [68]. To do so would result in “an apparently irrational distinction” between religious bodies that had chosen to incorporate and those that had not [[69]. Further, an interpretation that restricted the application of the Act to a trust in the strict sense “would have anomalous results, which the court should be slow to conclude that Parliament intended” [70].

While it was true that there was nothing in the church’s Memorandum or Articles expressly relating to the Premises or their use,  its objects clearly included the advancement of the Christian faith: further,  its assets were only to be used to promote the objects and the Trustees were obliged to manage the Church’s property in accordance with the Memorandum and Articles [76]. The Court’s reading of the Lease was that “the ‘purpose’ which the landlord has authorised is use ‘as a church and community centre with ancillary offices'” and that any other “purpose” required the landlord’s consent [79 & 80]. Taking the Memorandum and Articles of the Church and the Authorised Use under the Lease:

“… the requirements of s.1(1) of the 1920 Act are met. The Premises are required to be used as a church under the terms of the Lease. The Church is a charity, required to use its assets for its charitable objects, which include ‘to advance the Christian faith’. There is no dispute that (consistent with that object) services are open to the public. The Church’s constitution provides a ‘trust’ of a kind contemplated by the legislation, and the Premises are in fact being used in accordance with the terms of that trust, as required by s 1(1” [84]).

The church was entitled to a declaration that it had the right to acquire the freehold of the Premises pursuant to the 1920 Act [94]. 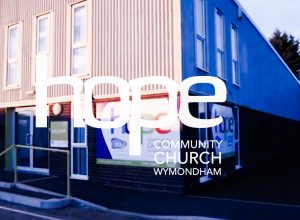 Cite this article as: Frank Cranmer, "Does a church charity have a right to leasehold enfranchisement? Hope Community Church" in Law & Religion UK, 28 May 2020, https://lawandreligionuk.com/2020/05/28/does-a-church-charity-have-a-right-to-leasehold-enfranchisement-hope-community-church/