In which the watchwords seemed to be huntin’, shootin’ – and minglin’…

The Internal Market Bill, resignations and the rule of law

On Monday, Rehman Chishti MP resigned as the Prime Minister’s Special Envoy for Freedom of Religion or Belief, on the grounds that he is unable to support the Internal Market Bill “on a matter of principle”. In his letter of resignation, he said this:

“During my 10 years in Parliament and before that as a Barrister, I have always acted in a manner which respects the rule of law. I feel strongly about keeping the commitments we make; if we give our word, then we must honour it. Voting for this Bill as it currently stands would be contrary to the values I hold dearest.”

More embarrassingly for the Government, on Wednesday the Advocate General for Scotland, Lord Keen of Elie, followed suit. He explained that he had “found it increasingly difficult to reconcile” his obligations as a Law Officer with the provisions of the Bill, after having tried to defend it when Northern Ireland Secretary Brandon Lewis had told MPs that it could breach international law by overriding the EU Withdrawal Agreement. Initially, Lord Keen had told the House of Lords that “the Bill does not of itself constitute a breach of international law or of the rule of law” – but the Northern Ireland Secretary later said that his own statement had been “absolutely in line” with legal advice.

As a footnote, on Friday Amal Clooney, of Doughty Street Chambers, announced that she was giving up her role as the UK’s envoy on press freedom “in dismay” at the Government’s willingness to break international law over Brexit. In her letter of resignation, she said that it has become “untenable for me, as special envoy, to urge other states to respect and enforce international obligations while the UK declares that it does not intend to do so itself.”

Contrary to speculation on Twitter, the “rule of six” does not have its origins in a recently-discovered MS by Sir Arthur Conan Doyle, but in the provisions of the most recent amendments to the legislation which imposes restrictions on social gatherings in England. These are now incorporated in the consolidated version of the Principal Regulations, the Health Protection (Coronavirus, Restrictions) (No. 2) (England) Regulations 2020 SI 2020/684. Whilst the Health Secretary, Matt Hancock, described these new coronavirus restrictions as “super simple”, Professor Mark Elliott disagreed, suggesting they raised significant constitutional issues. Likewise, Adam Wagner noted the complexity of the new provisions within which there was plenty of room for confusion; many new terms were introduced, the most controversial of which is the undefined term, “mingling”.

This has raised a number of concerns regarding its use in places of worship: how does the new ‘rule of six’ affect regular church services? are places of worship exempt from the ‘rule of six’? can Bible study groups or home groups now meet in person?  can a choir sing during worship if there are more than six members? can a choir rehearse? – on which the Church of England, the Royal School of Church Music (RSCM) and others have begun to provide guidance, initially in the form of FAQs.

The published guidance, as it impacts on church choirs, has been summarized in our posts COVID-19: Church of England and RSCM updates and Choirs and the “rule of six” – new advice, which have attempted to keep pace with the developing situation. In its comprehensive update 18 September: Coronavirus (COVID-19) latest, the Diocese of Oxford summarizes the dilemma faced by the churches:

“The logistics of coming out of lockdown is proving a lot harder than going into it. Government regulations on the rule of six only entered into law at midnight on Sunday. There has been much work since to understand the impact for churches. Yet questions remain and there are inconsistencies in different sets of government guidance and legislation that need to be worked through.

The Church of England quoted the latest update to the introduction of the Government’s Performing Arts guidance:

“…from 14 September non-professional performing arts activity, including choirs, orchestras or drama groups can continue to rehearse or perform together where this is planned activity in line with the performing arts guidance and if they can do so in a way that ensures that there is no interaction between groups of more than 6 at any time. If an amateur group is not able to ensure that no mingling takes place between these sub-groups of no more than 6 (including when arriving at or leaving activity or in any breaks or socialising) then such non-professional activity should not take place”

– and commented; “we understand that there is an ongoing discussion between Government departments on how the new rules will impact amateur choirs in places of worship and the guidance relating to places of worship will be updated as soon as possible.”

On 15 September, the Irish Government launched its new six- to nine-month strategy for dealing with the pandemic: Resilience and Recovery 2020-2021: Plan for Living with COVID-19. Currently, Ireland is at Level 2 of the Plan, though there are additional restrictions in Dublin. Interestingly, even at Level 1 – the level with the fewest restrictions – people are advised to work at home if at all possible.

On Friday, Justice Ruth Bader Ginsburg of the US Supreme Court died from complications from metastatic pancreatic cancer: she was 87 and had continued working through her illness for several years. Chief Justice John Roberts – with whose judgments she regularly disagreed – said that the US had lost a jurist of historic stature:

”We at the Supreme Court have lost a cherished colleague. Today we mourn, but with confidence that future generations will remember Ruth Bader Ginsburg as we knew her – a tireless and resolute champion of justice.” 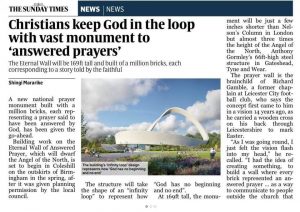 Well, at least it doesn’t require a faculty.