There was much speculation this week that the rules for household mixing over the Christmas holiday agreed a fortnight ago would be revisited. As we noted, a joint editorial by the editors of the Health Service Journal and the British Medical Journal said that the authors believed that the Government was “about to blunder into another major error that will cost many lives”.

Michael Gove held talks with representatives from Scotland, Wales and Northern Ireland to discuss the UK-wide approach to household mixing at Christmas and a joint statement was issued on Wednesday outlining relaxations between 23 and 27 December. Even so, it seemed that there were mixed feelings about any relaxation. First Minister Nicola Sturgeon continued to stress that “the strong recommendation of the Scottish Government to people across Scotland is to celebrate Christmas this year within your own household and in your own home – and as far as possible to keep any interaction with other households to a minimum”. Soon afterwards, the UK-wide approach began to unravel when the Welsh Government decided that mixin’ and mingllin’ should be limited to two households only, to be followed by a further lockdown from 28 December, and the Northern Ireland Executive announced a six-week lockdown starting on Boxing Day, 26 December, which will be reviewed after four weeks.

Finally, the Prime Minister announced yesterday afternoon that the Christmas relaxation in England would be for Christmas Day only and would be scrapped altogether for London, the South East and East of England, which entered a new Tier Four level of restrictions this morning, broadly equivalent to national restrictions which were introduced in England in November – though public worship under the current restrictions will be allowed to continue. The Tier Four restrictions will last for two weeks and will be reviewed on 30 December. The updated Christmas guidance for England is here and the Regulations (laid at 6 am) here.

Later yesterday, the Welsh First  Minister announced that the Welsh Government had decided to apply the new Tier Four restrictions in Wales, in line with the action being taken in London and the South East of England, with effect from midnight. As in England, the Christmas relaxation will apply only on Christmas Day. The latest Regulations are here.

But whatever governments do, as David Allen Green rightly observes: Law is not magic – and lockdown regulations are not spells.

The National Ministry Register (Clergy) Regulations 2020 SI 2020/1538 were laid before Parliament on 17 December 2020 and will come into force on 1 May 2021. In July 2019, General Synod gave final approval to the Church of England (Miscellaneous Provisions) Measure 2020, section 2 of which provides for the creation of a National Ministry Register. The Explanatory Notes to the draft Regulations, GS 2185X (29 October 2020), explain that the Register was formulated in response to the Gibb Report – The Independent Peter Ball Review, An Abuse of Faith – that there should be an up to date and publicly accessible record of clergy with permission to officiate. The Notes state:

“4. The [draft] National Ministry Register (Clergy) Regulations 2020 impose requirements on bishops and others to provide specified information to the Archbishops’ Council for the purpose of the compiling and publication of that information in a publicly available national register. In practice, those responsible for providing the information will be able to comply with their obligations by using the new People Information System. By updating their own records the information will automatically feed the Register and thus meet the requirement to inform the Archbishops’ Council.”

The Ecclesiastical Offices (Terms of Service) (Amendment) Regulations 2020, SI 2020/1543 came into force on 18 December 2020. They confer on an ecclesiastical office-holder the same entitlement to parental bereavement leave which the office-holder would have under the Employment Rights Act 1996 if he or she were working under a contract of employment.

The Bible and the Hate Crime and Public Order (Scotland) Bill

Perhaps the strangest news story of the week was in Thursday’s Scotsman, which reported that the Catholic Bishops’ Conference of Scotland had made a submission to the Scottish Parliament’s Justice Committee, currently scrutinising the Hate Crime and Public Order (Scotland) Bill which suggests that the “low threshold” in the legislation “could render material such as the Bible … as being inflammatory under the new provision”. The Bill has come in for a great deal of criticism from a wide range of organisations, and Justice Secretary Humza Yousaf has already told the Scottish Parliament that the Bill will be amended to make it an offence to stir up hatred only where the behaviour is intentional.

Watch this space: but possession of a Bible sounds to us to be an extremely unlikely basis for a prosecution. And even if such a prosecution were to be brought under the terms of the legislation as it currently stands, how would it fare against Article 9 ECHR and the Human Rights Act 1998?

AND A VERY HAPPY CHRISTMAS TO ALL OUR READERS. 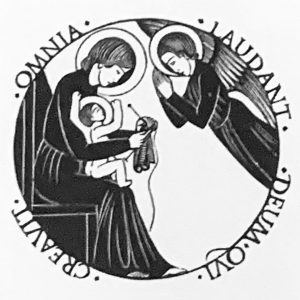