Still writing on the “graffiti wall of death”

In ten days’ time, L&RUK will mark the ninth anniversary of its first appearance on 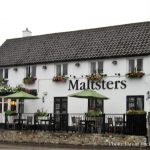 17 February 2012, although it was not until May that year that we began to published frequent blog posts. However, perhaps it was last weekend which was even more significant, for then we exceeded 2 million page-views, a figure we could not have imagined when we first set out in 2012, and one which highlighted the recent growth in our readership; in February 2018 it was just over one million.

Any analysis of the past year must take the impact of COVID-19 into consideration, which has featured in a significant number of our posts and formed the basis to our joint paper “COVID-19 and religious freedom in the UK” which was published in the monographic section of issue No. 54 of the Revista General de Derecho Canónico y Derecho Eclesiástico del Estado – it has also been published as a chapter in COVID-19 y libertad religiosa, Iustel Publishing Company, Madrid. A further event of note last year was an interview about the blog by the Ecclesiastical Law Society which was posted on YouTube on 7 May.

It is worth bearing in mind that during 2020 we experienced two significant periods of down-time – three continuous weeks in October and almost two weeks in January/February – although after each of them, readership quickly resumed to its former levels. Our thanks to John Lagrue, our IT advisor – and thanks also our readers for staying with us, much as they did in 2018 when it was necessary for subscribers to re-register as we changed the blog to enable it to become GDPR compliant.

With regard to the analysis of our posts, WordPress generates statistics for various periods of time:  “7 days”; “30 days”; “quarter”; “year”; and “all time”. Since the blog is largely issue-driven it is difficult to identify the most popular topics covered, except in the broadest of terms. This task has been made more complex with the coronavirus COVID-19 pandemic. On 11th February 2020, we suggested that the Guidance Note issued by the Archdeacon of London “in the event of a Pandemic Virus” seemed to have just about zero to do with law, but thought that in the circumstances, it was worth disseminating nevertheless; on the following day, the World Health Organization (WHO) officially named the disease caused by the novel coronavirus as COVID-19, and by 30 March (ref.2), it made the assessment that COVID-19 could be characterized as a pandemic.

In view of the impact of COVID-19 on all aspects of daily life, it was inevitable that this would encompass issues of law and religion, both in the secular legislative provisions which particularly affected faith groups and in the ecclesiastical legislation that shaped the response of churches to these constraints. Both aspects have featured in our posts, the blog format providing a convenient vehicle for disseminating “stop press” announcements in this fast-moving situation, as well as longer, more considered views of the developing situation.

However, when further analysed on a year-by-year basis, the posts for 2020 were dominated by COVID-19 related issues,

Our paper “COVID-19 and religious freedom in the UK” covered the impact the COVID-19 pandemic from 31 January 2020 until 9 October 2020 and, as first conceived, it was anticipated that it would address, generically at least, the relationship between the legislation and guidance introduced to combat the pandemic, and the exercise of religion. However, as we now know, this covered only the first period of lockdown; there are likely to be several other legislative changes before there is an end to the pandemic.

The Church of England’s Clergy Discipline Commission has issued updated Guidance on Penalties. The introduction notes that the Commission “is not laying down prescribed penalties which must be imposed, but seeks to provide guidelines. Those who have a duty to determine an appropriate penalty should take into account this guidance before exercising their discretion.“

The strap-line to last week’s L&RUK made reference to the European Commission’s inept attempt at redacting the AstraZeneca vaccine contract, a mistake which it subsequently admitted; journalists at Der Spiegel discovered that large parts of the redacted content could be revealed simply by using the bookmark tool in Adobe Acrobat’s Reader. However, other vital information, including the estimated delivery schedule remained blacked out.

This week, the Civil Litigation Brief reported the judgment of Mr Justice Pepperall in London Borough of Lambeth v AM (Judgment No. 2) [2021] EWHC 186 (QB). Although unrelated to “law and religion”, this serves to emphasize the extreme care which must be taken in the provision of any “redacted” documents that are provided electronically.

Irish Legal News reports that Ireland has finally repealed a 200-year-old law preventing wards of court from marrying. The Marriage of Lunatics Act 1811 was repealed on Monday on the commencement of s.7(1) of the Assisted Decision-Making (Capacity) Act 2015. Ireland’s Human Rights and Equality Commission had last year joined a challenge to the constitutionality of the 1811 Act and its compatibility with the ECHR: Chief Commissioner Sinéad Gibney commented at the time that it was “shameful that, in part, because the Assisted Decision Making (Capacity) Act had still not been commenced we had a law passed in Westminster 200 years ago setting out how people with disabilities should be treated in Ireland in 2020”.

Sounds to us like a straightforward incompatibility with Article 12 (right to marry). But how could it have persisted in Irish law for so long?

The difference between parish councils and parochial church councils (PCCs) in England is maybe not so widely appreciated as it should be. This distinction is likely to be blurred further by the setting of the minutes to the widely circulated minutes of the Handforth Parish Council meeting to Anglican chant. vv 1-8, James Turle; vv 9-15, Matthew Camidge; and vv 16-17, James Turle, and vv 18-24, Matthew Camidge.