On Monday, the General Assembly of the Church of Scotland, meeting virtually, voted by 320 to 217 in favour of an Overture to allow its ministers and deacons in Scotland (but not in the Presbytery of England)  to solemnize same-sex marriages. The proposal will be sent down to Presbyteries under the Barrier Act and they will have until 31 December 2021 to respond. If a majority of Presbyteries approves the Overture, the General Assembly will return to the matter in 2022. More here.

Two groups of anti-abortion campaigners – the Centre for Bioethical Reform Northern Ireland (CBRNI) and the Society for the Protection of Unborn Children (SPUC) – have formally lodged proceedings in Belfast against the Abortion (Northern Ireland) Regulations 2021, which gave the Secretary of State for Northern Ireland powers to direct the commissioning of abortion services. They are to be represented by John Larkin QC, until recently Attorney General for Northern Ireland. The grounds are constitutionally complex, but they are basically a challenge to vires. The Northern Ireland Office has already said that it intends to contest the application. The case is expected to be heard later in the year. Further details in Irish Legal News, here.

On Wednesday, Fordham J handed down judgment in AB v Chethams School of Music [2021] EWHC 1419 (QB). In finding for the claimant, Fordham J was prepared to exercise his discretion under s.33 of the Limitation Act 1980 to disapply the three-year ordinary time limit under s.11 for actions in respect of personal injuries.

The case – a claim for damages for sexual assaults perpetrated by AB’s violin teacher – has nothing to do with “religion” as such; however, many claims of alleged physical and sexual abuse have been brought against religious organisations and it is further evidence of the courts’ reluctance to strike out such claims on the grounds that they are time-barred.

“The Tortoise stove is lit again…”

On 24 May we posted “Net zero”, church heating, and the consistory courts which reviews twelve recent considerations in the consistory courts of schemes in which the replacement of heating systems was a component. We noted that it was perhaps unsurprising that the Church’s carbon reduction aspirations were not a major feature in some of these schemes. However, this is likely to change as the Church progresses in the formulation of a route to net zero emissions by 2030, or shortly afterwards; our monthly updates of consistory court judgments will provide the basis for future reviews of this aspect of reducing GHG emission. Significantly, in Re St. Thomas & St. Luke Dudley [2021] ECC Wor 2, circulated late on Saturday, the Chancellor of Worcester, The Worshipful Jacqueline Humphreys, respectfully disagreed with the views expressed in these earlier judgments, which “may be read as suggesting that a chancellor should not consider the environmental implications of a proposal, at least where the petitioners have already done so”. A detailed review of the case is in preparation.

The Church has produced a series of webinars on low carbon solutions on heating, lighting, solar and others; these include: “Heating, to replace or nor replace?” and “Choosing the best heating solution for your church”, recordings of which are available here, and here (from 6.06 minutes). Although the technical content of the webinars is outwith the scope of this blog, they provided a number of valuable insights in relation to the replacement of inefficient or failing systems, and when might be the optimum time to take action. Notably, the cost of low carbon options, such as heat pumps, had reduced over the past couple of years, and this trend is expected to continue. At the other end of the scale, it was suggested that some of the older heating sources might have a certain heritage value and it would be necessary for replacement systems to work around components of the existing system.

The media has been reporting that ABdeP Johnson married Ms C Symonds in a “secret” ceremony at Westminster Cathedral yesterday: Downing Street has declined to comment. Which is interesting, given that Mr Johnson has been married twice before.

Roman Catholic canon law is not our starter for ten, but canonist Twitterati are already reaching for their copies of the Codex Iuris Canonici 1983. Furthermore, in the absence of some of the relevant details concerning the wedding, any comment would be mere speculation. However, in relation to a Prime Minister’s role in the appointment of Archbishops and Bishops in the Church of England under s.18 Roman Catholic Relief Act 1829, in an earlier post we noted “[t]he Prime Minister’s choice of a [diocesan] bishop or archbishop has not been an issue since 2007 when Gordon Brown was PM; the first choice of the CNC is now always taken”. 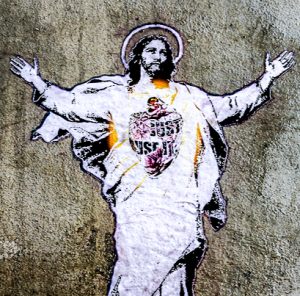 Associated  Press reports that a Rome street artist, Alessia Babrow, is suing the Vatican for allegedly used a reproduction of an image created by her as its 2020 Easter postage stamp without her consent. The image of Jesus bears Babrow’s telltale tag: a human heart with the words “JUST USE IT” written over it, graffiti-style. She is claiming nearly 130,000 euros in damages and says that the Vatican has never responded officially to her attempts to negotiate a settlement after she discovered that it had used her image.

The Vatican stamp office and the Vatican press office declined requests for comment. [With thanks to Howard Friedman.]

The legal phrase of the week was undoubtedly “‘Gie’s a slug of your ginger?’”, in recognition of the classic case in delict law (tort, if you’re English), M’Alister or Donoghue v Stevenson [1932] AC 562, on which judgment was delivered 89 years ago on 26 May 1932. In the West of Scotland, “ginger” is synonymous with any carbonated drink, and whilst David Stevenson ran a company producing both ginger beer and lemonade, the judgment only refers to ginger beer: “[t]he said bottle was made of dark opaque glass, and the pursuer and her friend had no reason to suspect that the said bottle contained anything else than the aerated water”. (And of course, we never found out what the bottle actually contained.)