COVID-19: next steps for England

On 14 September, the Westminster Government published COVID-19 Response: Autumn and Winter Plan. Its overall aim is to sustain the progress made and prepare the country for future challenges, while ensuring that the NHS does not come under unsustainable pressure, by

If that proves unsuccessful there is also a Plan B, under which the Government expects to introduce mandatory vaccine-only certification for large-scale events. However, there are some settings that will be exempt from requirements to use the NHS COVID Pass, including communal worship, wedding ceremonies, funerals and other commemorative events.

In reply to a Written Question from Dame Angela Eagle on reforms to marriage law since the Marriage (Same-Sex Couples) Act 2013, the Parliamentary Under-Secretary at the MoJ said that the Government would decide on provision for non-religious belief marriage on the basis of the Law Commission’s recommendations. He also noted the recent temporary amendment to the Marriages and Civil Partnerships (Approved Premises) Regulations 2005 allowing civil weddings and civil partnerships in England & Wales to be held out of doors on approved premises, and reiterated the Government’s intention to hold a consultation in the autumn of 2021 “to consider the practical impacts of this policy in detail and to enable a later amending Statutory Instrument which is not time limited”.

The Church of England Governance Review working group established by the Archbishops of Canterbury and York has published its report recommending changes to the Church’s national governance structures. They will be considered by the Church’s governance bodies during the autumn.

In brief, the report recommends that most of the existing national governing bodies of the Church of England and their underlying functions should be brought into a single charitable body established by legislation and called Church of England National Services (CENS), which would be governed by a Board of Trustees. The report then goes on to make some suggestions regarding the composition of the CENS Board and the number and nature of its sub-committees. The report also recommends that some of the current governance bodies should continue to exist independently of the CENS Board:

The Catholic News Agency (CNA) has reported that Pope emeritus Benedict XVI has said that the legalization of same-sex marriage in many countries is “a distortion of conscience” which has also entered some Roman Catholic circles. The comments were made in the introduction to the book “La vera Europa: Identità e missione” (“The Real Europe: Identity and Mission”) – a new anthology of his writings on Europe, both before and during his pontificate – and reported in Il Foglio on 16 September 2021.

His introduction to the book continues:

“with the legalization of ‘same-sex marriage’ in 16 European countries, the issue of marriage and family has taken on a new dimension that cannot be ignored…We are witnessing a distortion of conscience which has evidently penetrated deeply into sectors of the Catholic people…This cannot be answered with some small moralism or even with some exegetical reference. The problem goes deeper and therefore must be addressed in fundamental terms.”

In a Preface to the book, Pope Francis comments:

“Benedict XVI is not afraid to denounce, over the years, with great courage and foresight the many manifestations of this dramatic renunciation of the idea of creation, up to the current, final consequences, described in an absolutely clear and convincing way in the introductory text,”

The key points of Theft of Metal from Church Roofs: Replacement Materials are as follows:

Theft of Metal from Church Roofs: Prevention and Response is intended to offer clarity to congregations responding to the sharp rise in the number, severity and geographical spread of metal thefts since 2017. It sets out the actions that congregations can take to reduce the likelihood and impact of metal theft. They include:

(However, care must be taken when using terne-coated materials in conjunction with other metals, and in the choice of fastenings, to prevent galvanic corrosion – dp).

Education in religion and worldviews

Culham St Gabriel’s Trust has published the results of research commissioned in summer 2021 about public perceptions of education in religion and worldviews. The research, conducted with 2,000 adults, reveals that nearly two-thirds (64 per cent) think that an education in religion and worldviews is an important part of the school curriculum, with a further 65 per cent agreeing that the subject has an impact on people’s ability to understand each other in wider society. 71 per cent agreed that RE should reflect the diversity of backgrounds and beliefs in the UK today.

The content of the RE syllabus is well beyond any expertise that we might claim to possess but, in a sense, Culham’s research underlines the reason why we do what we do. Whatever one may think about the utility of “religion”, whether in general or in particular, religious belief (or the lack of it) is often part of what defines individuals – which, we would argue, is why “law and religion” is worth studying. 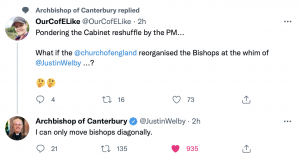 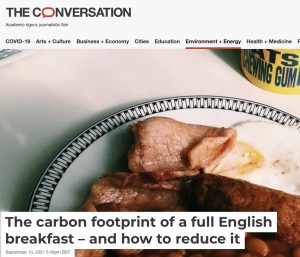 Just don’t order one in the first place, maybe?