…we provided some light relief with Professor Russell Sandberg’s Christmas: a subversive legal history and are currently putting the finishing touches to our Boxing Day Quiz 2021.

The consultation ends on 8 March 2022. You can respond either by filling in the online response form or via post or e-mail to: Human Rights Team, Ministry of Justice, International, Rights and Constitutional Policy Directorate, 102 Petty France, London SW1H. E-mail: HRAreform@justice.gov.uk.

For the Secretary of State’s current thinking, see his article in The Times: New bill of rights will deliver a healthy dose of common sense. Or maybe it might just deliver a lot more adverse judgments at Strasbourg…

On Wednesday, the Prime Minister announced the appointment of the Rt hon Baroness Hallett DBE as Chair of the forthcoming public inquiry into the handling of the COVID-19 pandemic in England. The Inquiry, set to begin its work in spring 2022, will be established under the Inquiries Act 2005, with full powers, including the power to compel the production of documents and to summon witnesses to give evidence on oath. Additional panel members will be appointed in the New Year to make sure the Inquiry has access to the full range of expertise needed to complete its work. The Prime Minister will now consult Baroness Hallett and ministers from the devolved administrations on the terms of reference for the Inquiry and will publish them in draft in the new year.

On Tuesday, the Scottish Government announced the terms of reference and the Chair for the public inquiry into the handling of COVID-19 in Scotland. The inquiry, which is to be chaired by the Hon Lady Poole, a former Senator of the College of Justice, will cover events in the period from 1 January 2020 to 31 December 2022, but it will also consider pandemic planning undertaken prior to 2020. As in England, it will be a statutory inquiry under the Inquiries Act 2005.

In which connexion, David Allen Green wrote earlier in the week about Why judges may not be the best people to chair public inquiries.

In Cambridge University Hospitals NHS Foundation Trust v AH [2021] EWCOP 64. the Court of Protection has decided that a  56-year-old woman described by doctors as “the most complex COVID patient in the world” should have ventilation withdrawn and be allowed to die. We will post a note early next week.

On 13 December, we posted Legislation and guidance update – December (II) in anticipation of increased activity in this area in relation to new measures to address the rapid spread of the Omicron variant (B.1.1.529) in the UK. Over the period 26 July 2020 to 21 August 2021, rolling updates were posted on a weekly basis which was then reduced to a monthly frequency in view of the fewer measures following the relaxation of control measures.

The Charity Commission for England and Wales is to start work next year on plans to register 35,000 church charities, beginning with Church of England cathedrals, which are currently sui generis and neither excepted nor exempt: see s 8 Cathedrals Measure 2021. Congregations in the excepted denominations (scroll down) whose annual income is below £100,000 are not currently required to register, which means that although they are regulated by the Commission they do not appear on the register as published.

The registration of churches falls under the Commission’s broader priority to “continue to deliver a step-change in our robust approach to regulation”, and the Commission’s business plan for 2022, published on 14 December, sets out plans to begin the process as follows:

“We will also begin preparations for an expanded Register, working with the Church of England to pilot and manage the receipt of applications from cathedrals applying for charitable status and then up to 35,000 excepted church charities over the next decade.”

The Commission is still, however, without a permanent Chair, after the new appointee, Martin Thomas stepped down shortly before taking up the appointment on 27 December.

Humanists UK has called for the introduction of a clear and simple labelling system to identify non-stunned meat products, in response to a consultation by DEFRA. There is currently no requirement for any meat products to be labelled with an indication of the method of slaughter, and the latest Food Standards Agency figures, published in February 2019, estimate that 94 million animals were slaughtered without pre-stunning in 2018.

In the recently reported case, Re St Mary Barnes [2021] ECC Swk 10, the petitioners were granted permission to install a wall-mounted monument commemorating the Hoare Family of Barn Elms to replace a previous memorial that had been destroyed by a fire in 1978. With regard to the connection of the Hoare family with the slave trade in the early 18th century, having considered any potential arguments which could be raised, the Chancellor decided to grant a faculty. None of the family members to be commemorated had links to the slave trade, only a member of the family two generations earlier than the oldest of these.

Our warmest congratulations to Professor Norman Doe, Director of the Cardiff Canon Law LLM programme and of the Centre for Law and Religion, who has been elected an Academic Bencher by the Inner Temple.

Seal of the confessional?

A new book: Religious Confession and Evidential Privilege in the 21st Century – edited by Mark Hill QC and A Keith Thompson.

AND A HAPPY CHRISTMAS TO ALL OUR READERS! 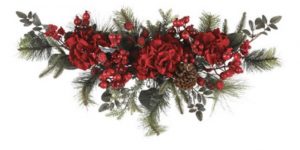