COVID-19 and the right to worship in Ireland

On Monday, the Irish High Court dismissed a challenge to the Regulations – now revoked – which banned attendance at public religious worship during various stages of the COVID-19 pandemic. The claimant, Mr Declan Ganley, had argued that, though the disputed Regulations had lapsed, their content had raised important issues about the balance between public health and the right to public worship under Article 44 of the Constitution: in particular, what he claimed was the “outright criminalisation” of the act of leaving one’s home to attend public worship – which, he maintained, required justification. He also contended that the Regulations had been ultra vires the Health Act 1947, as amended.

Meenan J concluded that to rule that the rescinded Regulations had been disproportionate would be of little value in considering the legality of similar future restrictions that might be introduced to deal with a different threat; in short, that the issue was now moot. Further, Article 13 ECHR (right to an effective remedy) was of no assistance to the claimant.

Is a fear of COVID-19 a protected belief?

The claimant in X v Y [2021] UKET 2413947/2020 decided not to return to her workplace on the grounds of health and safety. She had concerns about COVID-19 in the workplace and she was worried about the increasing spread of the virus and the possibility of getting it herself and passing it on to her partner, who was at high risk of getting seriously unwell from it [3]. A preliminary hearing was held to determine whether the belief on which she relied on for the purposes of her discrimination claim – “A fear of catching COVID-19 and a need to protect myself and others” – fell within the terms of s 10(2) Equality Act 2010 as a protected philosophical belief [10&11].

Though Employment Judge Leach accepted that her belief was genuinely held [14], he did not agree that it amounted to a protected belief on the criteria in Grainger Plc & Ors v Nicholson [2009] UKEAT 0219/09/0311: “Rather, it is a reaction to a threat of physical harm and the need to take steps to avoid or reduce that threat. Most (if not all) people, instinctively react to perceived or real threats of physical harm in one way or another” [15]. Though her belief was genuinely held [14], though her fears about the harm being caused by COVID-19 were weighty and substantial [18] and though her opinion met the test of cogency, seriousness, cohesion and importance [23], because it did not amount to a “belief” in the sense understood in Grainger it did not meet all five criteria and was not, therefore, protected by s 10(2) [25].

Church, State and Anglicanism in Italy

On Monday, the Associazione Chiesa d’Inghilterra (ACDI) – otherwise the Association of the Church of England in Italy – concluded its intesa with the Republic of Italy after the Constitutional Affairs Committee of the Chamber of Deputies approved it: it had previously been approved by the Senate. The process had taken nearly fourteen years.

The result of the intesa is that the ACDI will appear on Italian residents’ tax return forms, allowing them to opt in to the otto per mille church tax, under which 8/1000 of their taxes may be directed to the ACDI. It will be easier to obtain visas for clergy to live and work in Italy and they will be able to work under specific clergy contracts and participate in the Italian clergy pension schemes. Clergy who are also Italian citizens will be able to preside at marriage ceremonies as “registrars of the state”, and it will also be easier for clergy and chaplaincies to offer ministry in hospitals, prisons, and schools. 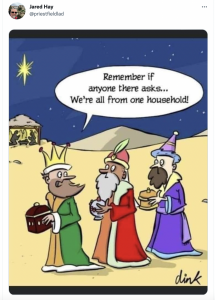