A topical analogy between the Counsellors of State Bill [HL] and the FIFA World Cup in Qatar, neither of which is a major theme for L&RUK, but…

... Lessons learned from The Forsyte Saga?

Some readers will recall the television serial The Forsyte Saga, first broadcast in 1967 and repeated on Sunday evenings on BBC1, with 18 million tuning in for the final episode in 1969. It is often recalled that clergymen complained that the Sunday night repeats were driving away worshippers at Evensong. However on 18 December, given the kick-off time of 3 pm, the only impact on a 6 pm Evensong/Carol Service will be on choristers rehearsing for the service. Suggestions on the Church Support Hub for Making the most of the Word Cup Final 18t December 2022 for changing the time of the service or to “[avoid] that day altogether and host a carol service on Saturday 17th instead” have not met with universal approval.

On Wednesday, the Supreme Court handed down judgment in REFERENCE by the Lord Advocate of devolution issues under paragraph 34 of Schedule 6 to the Scotland Act 1998 [2022] UKSC 31. In a unanimous judgment, the Court held that the provision of the proposed Bill of the Scottish Parliament that would make provision for a referendum on the question, “Should Scotland be an independent country?” did relate to matters reserved to the Parliament of the United Kingdom under the Scotland Act. In particular, it related to the reserved matters of the Union of the Kingdoms of Scotland and England and the Parliament of the United Kingdom. Accordingly, in the absence of any modification of the definition of reserved matters (by an Order in Council or otherwise), the Scottish Parliament did not have the power to legislate for a referendum on Scottish independence.

Nothing whatsoever to do with “religion”, but not a judgment that we felt we could ignore. There is a summary of the judgment here.

Historic England is conducting an online survey of how micro-, small- and medium-sized heritage organisations are seeking to reduce their carbon emissions:

“All organisations are at different stages of this journey, and the survey is intended to get a better idea of the challenges that are being faced and understand what support may be needed.”

The scope of the survey includes sole traders, individual consultants, very small organisations with just a few employees or volunteers, and Small and Medium-sized Enterprises (SMEs) working mainly in the heritage sector – Including those that are completely volunteer-led.

HE would welcome responses from heritage organisations in England that:

Out of scope for this survey are university departments, local authority curatorial services/museums, very large heritage organisations or heritage teams working within large consultancies. We should imagine that most places of worship are in scope.

HE asks that only one reply be filled in for each organisation. The survey closes on 4 December.

Practicalities of net-zero targets in the Church of England

The replacement of church heating systems is a challenge that will be faced my most churches in the short to medium term, which the consistory courts must now assess on the basis of the Faculty Jurisdiction (Amendment) Rules 2022 which came into force on 1 July 2022. Issues relating to heating are often addressed by the courts – summaries of relevant judgments over the period 2017 to September 2022 are here but Re St. Saviour Croydon [2022] ECC Swk 5 is the first to be considered in relation to the recent Measure. In brief, the churchwardens applied for an interim faculty for the replacement of the existing gas boiler of the Grade II Victorian church with a new one. The petitioners had considered an electric boiler, but had been advised that the running costs would currently be four times the cost of running a gas boiler.

In this case Petchey Ch. was satisfied that the Petitioners had carefully considered all the available options and that there was no alternative at reasonable cost to replacing the gas boiler with another gas boiler. Also, the urgency of the situation (a non-functioning boiler as winter approached) was a strong justification for granting a faculty. In view of the on-going importance of the application of the amended Faculty Jurisdiction Rules, we will post a more detailed analysis. 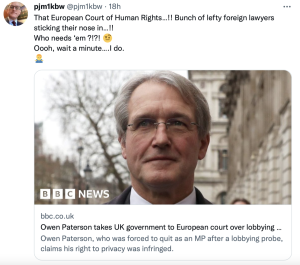