The Church of England has announced that the independent reviewer of the Smyth affair, Keith Makin, has confirmed that the Learning Lessons Review is now reaching its final stages. The review team has analysed previously unpublished documents, including contemporaneous correspondence and notes from the relevant period, and the next stage will be consultation with victims.  This is intended to begin in the week commencing 9 January 2023. Once this is completed, it will be followed by a representation process involving individuals and organisations who will be named and criticised in the published report. If you wish to be part of the consultation with victims, and are not already in contact with the review team, contact Keith Makin at keith.makin@independentreviews.live.

On Wednesday, business psychology consultancy Pearn Kandola published Religion at Work: Experiences of Christian employees, based on answers from the 1042 Christians across the UK and US who took part in an online survey earlier in 2022.

AND A HAPPY CHRISTMAS TO ALL OUR READERS, WHEN IT COMES 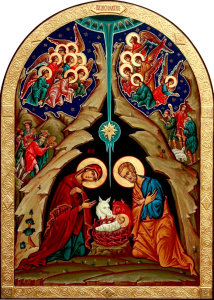