Review of the ecclesiastical court judgments during October 2022 (II)

Twelve consistory court judgments were circulated in October, and the six featured in the first part of the round-up all relate to Reordering, extensions and other building works and organs. This second part reviews the remaining six judgments which concern Exhumation, Churchyards and burials and also CDM Decisions and Safeguarding, Reports from the Independent Reviewer, Privy Council Business, Visitations, and CFCE Determinations, as well as links to other posts relating to ecclesiastical law. 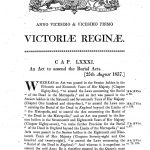 Re Springwood Cemetery Allerton [2022] ECC Liv 2 The petitioner sought the exhumation of the cremated remains of her late father, who died on 1 October 2015, and whose ashes were interred in a casket in consecrated ground at the Springwood cemetery in Allerton, Liverpool and their proposed re-interment at in a different grave in the same cemetery [1]. Before her father’s death in 2015, the Petitioner had found the task of looking after her parents too great. When her father died, the Petitioner, in distress and haste, had his ashes interred in plot 734 in the cemetery, which was a family grave of his wife’s relatives. END_OF_DOCUMENT_TOKEN_TO_BE_REPLACED